The inaugural edition of the Lekki International Film Festival comes up next week, from Wednesday, June 19 to Saturday, June 22, according to the festival’s secretariat. The festival not only joins existing festivals of films and film societies all over the continent but determines to be the stand-out event in terms of upscale films and festival seminars and by becoming the key international stakeholders’ hub.

The head of the festival secretariat, Ayodele Ayobolu reveals that the festival is in close tie with some international festivals already, including the Pan-African Festival in France with which extensive partnerships have been concluded. Asked to elaborate on some of the details of the partnerships, he said film professionals featuring at the festival would be able to network and collaborate seamlessly with some of their counterparts on the programmes of the other festivals. There are also plans to combine resources and build platforms for distribution of films and video assets in new and developing markets particularly the black and African fringe markets of the United States and Europe.

Lekki Fest (a short for Lekki International Film Festival) is scheduled to hold daily at the Lekki Coliseum in Lekki phase one, Lagos.
There are upcoming announcements that will include the finalised list of films for the programme, the festival schedule and the members of the jury.

One of the key platforms of the festival is the Festival Forum that already has a confirmed list of speakers including Segun Oyekunle, president of Arufa Productions in Los Angeles, USA who is also a notable screen writer and administrator. Mr Oyekunle is currently on secondment to Nigeria as the Managing Director of Abuja Film Village. Duro Oni, a former vice-chancellor of the University of Lagos and professor of Creative Arts, one of Nigeria’s pioneer production designers will be addressing the seminar. Other speakers, session chairs and coordinators include Joy Namure a well-known producer and make-up advisor. She is also the General Manager, operations, at Africa Independent Television, AIT, Abuja. Tajudeen Agboola a well-known production and post-production specialist. George Osodi, the acclaimed and award-winning photographer who will also be addressing the seminar. On the panels also are Kingsley Uranta, an instructor for the BBC World Service Trust and Assistant General Manager at Channels Television; Elizabeth Ikem, who until recently was the Rector of the Nigerian Institute of Journalism and Chioma Okpara a media consultant.

A new film set in the Kano Emirate over a hundred years ago produced by Balaraba Ramat Yakubu and entitled Palace Coup is one of those selected early. Balaraba is also a younger sister of the late Nigerian Head of State, General Murtala Ramat Mohammed.

Ayobolu also says the emphasis of the festival for 2019 is on the local scene even though films from Europe and the United States have been selected. They include films by Jude Fokwang a Cameroon-born director based in Denver, USA, Pascai Atumah based in Los Angeles, British film maker Dante Montagnani and Malcolm Benson. Topping the list of Nigerian directors sure to show at the festival is Nollywood ace director Lancelot Imasuen.

Asked why “Lekki” for the film festival name, Ayobolu says the festival adopted the name because Lekki somehow indicates the brightest and the best. It also “suggests upscale”.

“The vision of the festival is a very big one,” he said. “It is not just another event that features screenings and awards. The time has come for some big steps to be taken for the advancement of our entertainment and movie industry in particular. We have the enthusiasm, especially among our younger professionals, what we want to do is to expand the opportunities.”

The award/gala night is the grand finale. The festival plans to honour and acknowledge pioneers and legends of the movie industry and it will be the trend for each annual edition. A clip from the television series Mirror in the Sun, a 1980s production directed by Lola Fani-Kayode is on the line up. 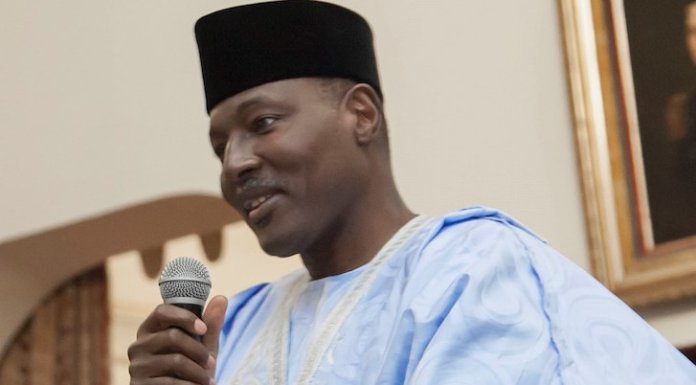