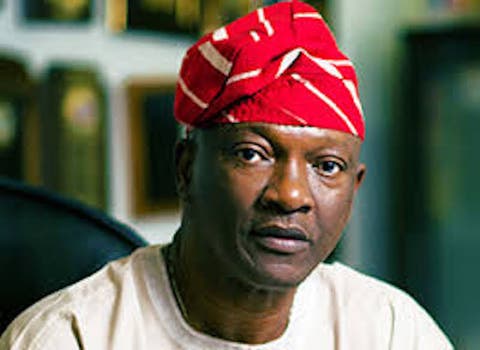 Gone Till 2023… As Jimi Agbaje Recoils into His Shell

I came. I saw. I conquered were the immortal words of a triumphant Julius Caesar as he sauntered into Rome after defeating his rivals on the battlefield. He left. He came. He left again might just be the refrain posterity will use to remember Jimi Agbaje, the defeated governorship candidate of the Peoples Democratic Party. After the latest setback to his ambitions to govern Lagos State, the career pharmacist Jimi Agbaje has recoiled into his anonymous cocoon…for the umpteenth time.

In three of the last four election cycles, Jimi had emerged on the scene, beating drums of revolution and good governance, gathering people under his banner and declaring that victory would be his. He first burst into public consciousness in 2007 when he had a thrilling campaign under the banner of the defunct African Democratic Congress, ADC. Although he lost, he made a great impression on the minds of many and was tipped by pundits as someone that would go on to scale greater heights.

Those greater heights have not materialized, however. Again and again Jimi keeps coming. Again and again, Jimi is denied. His third try at becoming governor in 2019 ended in a loss as humiliating as his second attempt four years earlier. It didn’t help that he was reportedly at loggerheads with many chieftains of the state PDP over allocation of election resources, leading many of them to leave him alone to sink or swim by himself. He sank.

Since he was taught a lesson in unity by the well-oiled machinery of the APC in Lagos, Jimi has slunk away with his tails behind his legs. His recent public utterances on the elections revealed his belief that the APC is to blame for his latest failure rather than something he might or might not have done.

Rumours recently surfaced that the 62-year-old dude has followed the likes of Senator Musiliu Obanikoro and Gbenga Daniel in dumping the PDP. Although he swiftly came out to debunk the news there is no gainsaying that his relations with the state PDP hierarchy has turned sour. Although he still has two feet in the party his two eyes are roving elsewhere, testing out alternatives.

Those who believe that Jimi Agbaje will finally retire from active, or at least elective, politics might be in for a rude shock. For now, he has relapsed into the background. But, come 2023, he is expected to bring out the old drums once again.