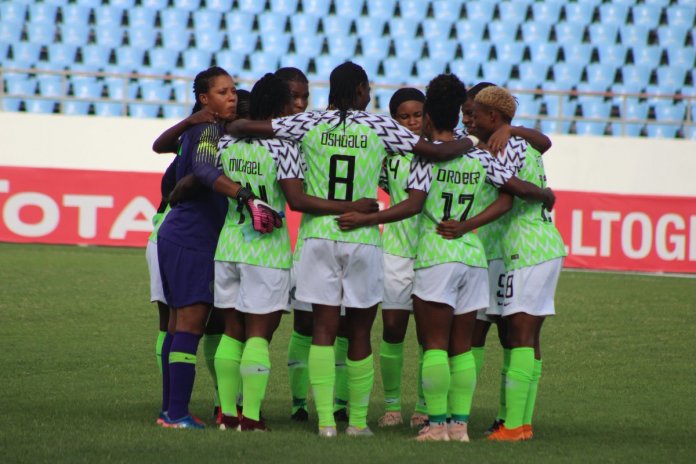 After a wobbling start against Ukraine, in which the Super Falcons were pummelled 3-0, the Nigerian girls however bounced back against South Korea on Wednesday with a 2-0 win. The team would however face a daunting task on Monday against host and one of the tournament’s favourite, France, in a game that would decide if the team will remain in France or not

Oshoala  revealed that her side’s desire to claim their first win inspired her goal in Nigeria’s 2-0 triumph over South Korea in Grenoble on Wednesday.

At Stade des Alpes, the three-time African Women’s Footballer of the Year scored with a brilliant finish in the 75th minute to seal the Super Falcons’ first Women’s World Cup win at the showpiece, and the Barcelona forward is now aiming to help her side secure a positive result against France in Rennes on Monday.

“We had more confidence when we got the first goal and we tried to tell ourselves that we needed to give more because one goal was not enough and then, I got the second goal,” Oshoala said.

“At first, I think we were a little bit scared of losing and going out. But after a while, we just decided to go for it. I always say that I’m never under pressure – I just go on the pitch and do my job. It’s an 11-player game and I just look to enjoy the game, have fun and do the right thing for my team.

“The group is wide open now. We just have to concentrate now on making sure we get the points we need against France.”

Head coach of Nigeria’s women team, Thomas Dennerby, praised his players for their solid display, in their 2-0 win over South Korea on Wednesday afternoon.

“Today our discipline was better than against Norway – no mistakes at all. If we can be as compact as we were today, don’t let teams overplay us in midfield and find passes through, we know we’ll get opportunities for players like Asisat.

“The players followed our match plan and that’s all you can really ask. Now we go to play France, a really good team. If we can come out with a point everyone would be extremely happy.

“But you can’t just go to defend – you need to know what to do when you win the ball back. And hopefully, we can have a little bit of success,” Dennerby told reporters after the game.

Former Green Eagles goalkeeper Emmanuel Okala however warned the team not to be carried away by their victory against South Korea, saying the Super Falcons still needed to work hard.

Okala told the News Agency of Nigeria (NAN) in Enugu that the team played well and showed a lot of resilience in their encounter with South Korea.

“It is a good thing that they won. They deserve it after putting in lots of enterprise in the game. º––ºº˝19

˙ẇI will, however, appeal to them to work harder. They need to continue to improve in subsequent games and brush up various departments of the team.

“We wish them well and will continue to pray for their success in all their remaining matches in France. I believe they can do us proud,” Okala said.

Meanwhile, France head coach Corinne Diacre has predicted a tough battle for her side when they come up against the Super Falcons of Nigeria in their last group game on Monday.

France top Group A with six points from two games – three ahead of second-placed Norway and third-placed Nigeria – with one group game left against Nigeria on Monday. ”I am going to relax, think about it tomorrow, then we will reflect on things – what we can do, who may stay on the bench because we did have some injuries and let them recover,”Diacre told reporters after her side victory against the Norwegians.

”We are going to have to think about this long and hard. Norway gave us a hard time; Nigeria will probably do the same. For the time being, now we are just going to stay put and fight hard to win that match against Nigeria.”

Nigeria are third on the Group A log with three points from two games and will hope to claim their spot in the next round when they face Les Bleus at the Roazhon Park, Rennes.

Who will Stop the Americans in France?

Think of football and quite often Brazil will come to mind as an example of success. But not for the followers of the women’s game. While in the men’s version, the South American country has an enviable collection of five FIFA World Cup titles and a legion of legendary players, it is the United States who are the powerhouse in the female landscape.

Out of seven World Cups, the Americans have won three and finished as runner-ups once. They have also won four Olympic gold medals in six attempts. But Brazil’s best result in the tournament is a solitary second place in 2007, though they do also have two Olympic silver medals.

In fact, the only country with success on both fronts is Germany, with four men’s and two women’s titles. But what explains the reversal of scenarios in the US and Brazil?

The US men’s team’s best result in a World Cup was third in 1930, but since then they have only reached the last eight once, in 2002, where they reached the quarter-finals – losing to eventual runners-up Germany. This was just one of the unusual results registered in a tournament where Turkey finished third and co-hosts South Korea fourth.

But the women’s game had a much different trajectory thanks to Title IX – a federal law that in 1972 established gender equality in the distribution of funding in high school and university sports, and which still forms the basis of professional sports in the US.

By the time the first Women’s World Cup took place in 1991, the US had a larger talent pool than anyone else. It took advantage of the fact that in many other countries women’s football remained for years underfunded and with low participation rates.

However, it was the 1999 world title that raised the game’s profile. In that year, the US hosted and won the 1999 World Cup – the shirtless celebration of defender Brandi Chastain after scoring the winning penalty in the final against China is often referenced as one of the most iconic sporting moments by American media.

Mia Hamm – who topped the all-time international scoring list in 1999, a month prior to the World Cup – even became a punchline in the sitcom Friends.

That game in Los Angeles attracted a crowd of more than 90,000 people, the biggest ever for a women’s match.

Brazil and the prejudice rule

The story of women’s football in Brazil is marred by sexism. The game was actually outlawed in 1941 by then dictator Getulio Vargas – and the prohibition was only lifted in 1979.

Without a proper grassroots system and a strong league, the women’s team has actually punched above its weight by reaching the 2007 final and the semi-finals in 1999.

And Brazil have also produced the woman voted the best player of all-time: Marta.

World governing body Fifa’s latest census of the woman’s game, in 2014, established that there were more 30 million female players worldwide.

About half of them were based in the US and Canada.

In the whole of South America, Fifa counted a little over 255,000 players.

The US numbers are also impressive at grassroots level: national governing body US Soccer says that women amount to 47 per cent of all players at high-school level, and 53 per cent at university competitions.

“Many other countries in Europe are still lagging in the women’s movement, and even in Brazil, where soccer is a cultural phenomenon, women have struggled to gain recognition and access to basic resources,” economist and author Stefan Szymanski told American radio PBS earlier this year.

The 23-women squad sent by the US to the 2019 Women’s World Cup in France is formed from players taking part in the National Women’s Soccer League, one of the strongest and most-watched competitions in the world of women’s football.

As for Brazil, 16 players are based abroad, plying their trade in places as diverse as South Korea and Denmark, as the domestic league struggles to attract the interest of public, sponsors and media.

The seven games of the opening round of the 2019 Campeonato Brasileiro had less than 10,000 people in attendance, despite many clubs giving tickets away for free.

Wages are hardly enticing: a survey by news portal UOL in 2017 showed that three out of four players earned less than $6,000 a year.

In sporting tournaments like the World Cup, experience is an asset. A point proven by a quick look at the number of matches played by the American stars.

On average, each of the 23 American players in France has played for her country 75 times. For Brazil, the average is 40.

“When we go to a competition like the World Cup we face teams that train together and play together more than us. We lack both in the physical and psychological departments,” says former Brazil captain Juliana Cabral.

Brazil kicked off their 2019 World Cup with a comfortable 3-0 win over Jamaica – striker Cristiane scoring a hat-trick in the victory.

The US began their tournament on Tuesday with a 13-0 whitewash of Thailand in Reims, while Brazil are next in action against Australia on Thursday in Montpellier. 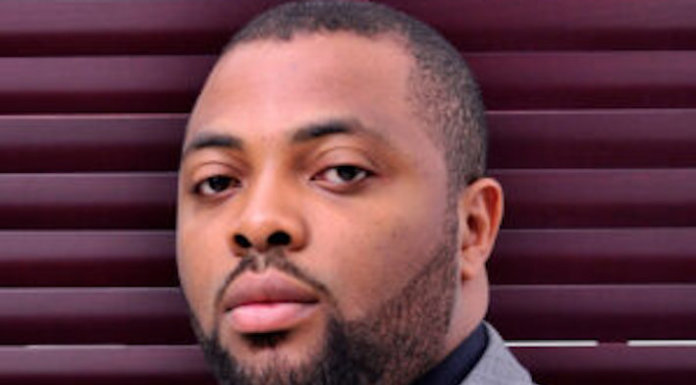