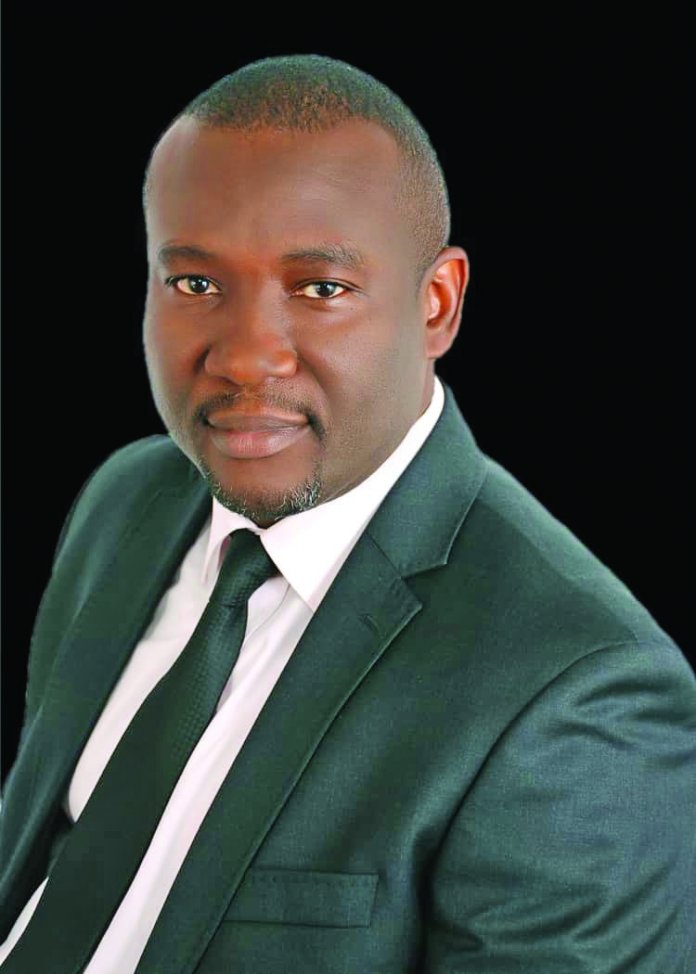 As the race for the Bayelsa State governorship hots up, All Progressives Congress chieftain in the state, Preye Aganaba says he has what it takes to give the state a turnaround. Segun James spoke with him

The battle for the Bayelsa State governorship is on and many of those jostling, like you, come from a background of business and the academia. Why the interest?

Let me correct one impression. My choice of business as a career doesn’t in any way separate me from the values my late father had entrenched over the years or what you aptly described as “a background of high values for the academia.” The spirit of academia runs through the family vein. I don’t want to sound arrogant because I’m nurtured in the mould of humility. But I can tell you that up till now I love the academy and would have loved to teach in the university, but life is about choice and freedom. My dad has respect for his children’s right to choice and freedom.  He refused to impose his will on the children over the choice of career just same way he respects rights of others.

Now back to your question of choice of career, my choice of business as a career is not accidental. My father was an agriculturist, he was Federal Agric Station Manager at Abobiri in the 70s, later first Project Manager at the Rivers State government owned Peremabiri Rice farm in Southern Ijaw LGA which was his idea. He later went into commercial farming and made a fortune out of farming as a serious business. I also choose business to create and spread wealth so that I can touch as many lives as possible by my acts of philanthropy.

Today, modestly speaking, I have partly fulfilled that dream by not only assisting students in need but have also attracted life transforming projects to my immediate community.

My dream and the bigger picture I have is to take many unemployed youths off the streets by creating millions of job opportunities in the years ahead.

Definitely I can’t share the glory with anyone except my maker, the author of life.

So electing ourselves to the cause of the Izon nation and general public service runs in the family veins. That is the driving force to serve humanity not necessarily for pecuniary benefits.

This is the spirit I’m bringing on the table in my desire to serve the people of Bayelsa State, if I’m given the Opportunity at any time the people of the State beckon on me to serve.

Your name has been trending in the political circle especially among the youth who have been harping on generational shift. What is your take on it?

Yes I have received calls to contest the governorship election in Bayelsa State. In a politically exposed state like Bayelsa it is not a tea party. As I earlier said, I don’t do anything without divine guidance. Whatever God has ordained nobody on earth can stop it. David was not the best warlord, but with God’s anointing, the little lad in the wilderness was brought forth to defeat Goliath the greatest warlord and was made King. If it is the will of God that I should become governor of Bayelsa State, who can say no when the Lord says yes? I’m not desperate about seeking any position but when God says I should contest, my dear brother I will contest. Let me however seize this opportunity to tell you that, I have what it takes to lead Bayelsa State to the Promised Land of the dream of our founding fathers.

It may interest you to know that I brought APC to Bayelsa at high risk at a time anybody associating with APC in Bayelsa State was treated like a leaper. This is understandable, because former President Goodluck Jonathan was from Bayelsa State. In spite of the leprous treatment meted out to us for belonging to APC, we persevered to plant the seed of APC in the state and today, I am glad to see people joining the party in their droves. I’m happy indeed to see things turning around.

What will be your priorities if given the opportunity to govern the State?

Functional education system will be my first priority. I very much believe in the educational philosophy of Walter Russell who said “In vain we build the city if we do not first build the man.”

In other words, we must first build the people through education side by side with the development of infrastructure. That is, the human capacity development index must take the lead in our quest for development.

All tiers of the education system must receive the best of attention by attracting the best brains from all over the world to teach and prepare our students and the people in general for the competitive world of technological development.

Two, Bayelsa State must take the lead in terms of Science and Technological growth by conscientious investment in functional education. Three, investment in independent power project will follow in the list of priority. Huge investment in this critical sector will attract both local and foreign direct investments flow to the state. The multiplier benefits are that employment opportunities will be there, reduce militant agitations, youths will be meaningfully engaged.

Four, youths empowerment is very key, followed by the Health Sector where international agencies can be attracted to intervene in the critical areas of need. I don’t want to mention names, but I admire some governors partnering with people like Bill Gate to fund and fix their health sector. This is a laudable step which I will borrow a leaf to develop Bayelsa State without being dependent on centrally inspired budgetary allocations.

Also, the internally Generated Revenue will be given full attention. It will not be out of place to dedicate a Ministry to that effect to speedily pursue our development goals.

I’ve done a preliminary study on the issue of IGR in Bayelsa State and it is my conclusion that we can generate an IGR to take care of the state wage bill without necessarily waiting on Federal allocations. Tax is historically a sensitive subject and we can achieve it without giving a heat on the civil service and cause unnecessary capital flight on investors.

On general infrastructure, massive roads construction and integrated rural development will be our goal.

Above all, we can’t talk about development without the unity of purpose of the governed. It must take the front burner in driving our development process.

Apart from promoting transparency, accountability and good governance, we must promote unity and all inclusive governance not minding the political divide.

How will you achieve all your lofty developmental dreams in a state that is sharply divided by partisan interest?

We will not allow political divide to hamper our development process just as it’s happening in Lagos where political maturity is brought to bear in developing the state. Development begins when the election is over. Bayelsa is a homogenous state, we disagree to agree but at the end we are all bound by the spirit to earnestly develop the state. We have to live above petty and primordial political sentiments in driving our development process. We should concern ourselves with massive road constructions and construction of bridges to link up our 70 per cent marine rural communities. These are not insurmountable task; they are possible dreams that can be achieved by sense of commitment and honesty of purpose.

Have you considered the difficult terrain which has become the excuses by successive administrations?

Definitely the terrain challenge is there, but the question is, how long shall we continue with this lamentation. We have to for once bury that self-defeatist excuses and roll out the road map to frontally confront our challenges. Forward ever and backward never should be the slogan of all. Are you getting me?

Have you read the book “The power of positive thinking” by Norman Vincent Pearle? Have faith in God and the positive mind of faith in translating your lofty dreams to reality.

We have men and women in Bayelsa State to drive the development of the state. Let’s bury that culture of excuses and lamentations. It is high time we drove the process to the next level.