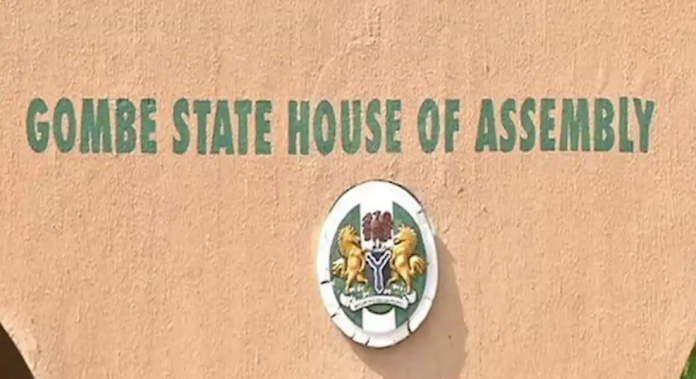 A new Speaker for the Gombe State House of Assembly has emerged following the election of Abubakar Ibrahim Sadiq (APC) from Yamaltu West State Constituency.

The election which was presided over by the Clerk of the House, Shehu Mohammed Atiku, also witnessed the emergence of Shuaibu Adamu Haruna from Kwami East State Constituency, as Deputy Speaker.

The Speaker and his Deputy who were elected unopposed by members of the House, were immediately declared by the Clerk and thereafter administered with the oath of office by the Clerk.

The Speaker was nominated by Musa Buba, Balanga North and Seconded by Abdullahi Abubakar, Akko West. The Deputy Speaker also had his nomination from Usman Hassan, Gombe South and seconded by Nasiru Abdulkarim, Gombe North.

Shortly after taking over as the Speaker, Abubakar Ibrahim Sadiq then presided over the oath taking of the other twenty-two members in batches.

In his acceptance speech, the Speaker promised to hold the position in trust for the growth and betterment of the State.

He called for the support of other members to cooperate with him in effectively discharging their constitutional duties to solve many of the challenges confronting the state.

The All Progressive Congress (APC) has the majority with nineteen members while the opposition PDP has five members in the twenty-four member House.