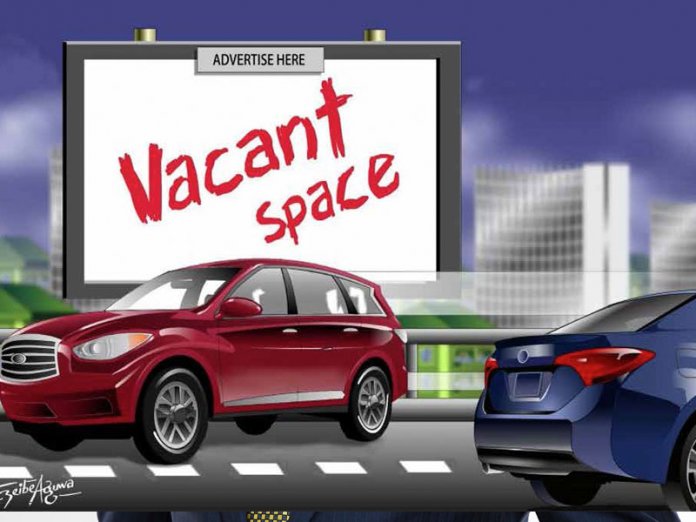 With fresh accusation trailing the romance between outdoor regulators in Lagos and Loatsad, an upcoming outdoor firm, concerned practitioners wonder if the Advertising Practitioners Council of Nigeria and the Lagos State Advertisement and Signage Agency have been compromised.

In the last 12 years, the out of home sub-sector of the advertising industry has remained the most troubled, controversial and debated in the entire marketing communications landscape. First, it was the issue of multiple taxation and high handedness of regulators.

Today, the issue is about favoritism, which is believed to have given a few agencies undue advantage over the rest. Currently in the eye of the storm are Advertising Practitioners Council of Nigeria (APCON) and the Lagos State Advertisement and Signage Agency (LASAA), national and state agencies that have been condemned for regulatory inadequacies. Particularly, the two government’s regulatory agencies are believed to be working in favour of Loatsad, an upcoming ad agency to promote illegal operations and ‘uneven playing field’ in the sector.

Not too long ago, operators and critical stakeholders in the sector were at daggers drawn with the state outdoor regulatory agency, the Lagos State Signage and Advertisement Agency, LASAA, on the activities of a foreign company, accused of being neck-deep in out-of-home advertising in the country, without meeting the necessary outdoor practice criteria.

The state outdoor advertising regulatory agency was also accused of giving the foreign firm an undue preference, then.

Unfortunately, while the dusts generated by the crisis still hang in the air, a similar crisis, bordering on another illegality and lack of level- playing field seem to be threatening the multi-billion naira investments in the sector.

Of late, there has been a ‘loud’ silence, within the industry, regarding the activities of Loatsad  Promomedia, an outdoor firm, purportedly owned by  Mr. Seyi Tinubu,  one of the scions  of  Ashiwaju Bola Ahmed Tinubu, a political stalwart of the ruling All Progressives Congress (APC) and former governor of  the state.

One of the strong allegations, against the relevant regulatory agencies in the sector, is their reluctance to question the outdoor firm, widely believed to be practicing outdoor advertising, without a proper certification from the apex regulatory agency, the Advertising Practitioners Council of Nigeria (APCON).

For instance, besides having a strong presence in Falomo and Bourdillon areas of Ikoyi on the Lagos Island, the firm’s signage is also a common spectacle on Lekki-Ajah axis of the metropolis.

Another of such accusations, against the regulatory authorities, in the state, is that of not making the state’s outdoor space a level-playing field for all practitioners, with some members insisting that Loatsad and a few others have continued to get undue advantage, due to the immense influence their owners wield in the state’s political space.

For instance, spots, hitherto refused other outdoor practitioners in the state, are being consented to the firm to erect its billboards, lamented a practitioner, in a chat with Brands & Marketing.

Not a few in the industry have continued to query the rationale behind the approval of the Lekki Toll Gate signage for the firm, after a properly- certified outdoor firm in the state, E-Motion Outdoor firm, which controls the franchise of the axis, had applied for the use of same spot, but got such request turned down.

Another of such infractions, Brands & Marketing also learnt was the decision to revoke the clearance earlier given to MediaWorld, a local company, to operate on one of the spots on Third Mainland Bridge, only for the same spot to be approved for a foreign firm, believed to be a favorite of the state’s outdoor advertising regulatory agency.

More intriguing is the fact that the company, whose approval was revoked was already getting set to install the LED board, it had imported, before the approval was suddenly cancelled for ‘public safety’.

Interestingly, why the case has since become a subject of litigation, not a few in the industry have continued to question the rationale behind the state regulatory agency’s volte face, especially after  MediaWorld had sunk over N100million on the project.

“You can only talk of a billboard not meeting the required standards, or taking it out for public safety, if it had been installed. The one in question was in the process of being installed. Besides, the same spot was hurriedly handed over to a foreign firm,” lamented the outdoor practitioner.

Perhaps, a palpable tension that would take the two key regulatory agencies, in the sector, some effort to douse, is the membership status of Loatsad with APCON.

While APCON has come out to say the outdoor firm is licensed to practise the trade in the country, not a few practitioners would rather take this with a pint of salt.

Responding to Brands & Marketing’s enquiries on the issue, the agency’s Deputy Director, Registration, Career Matters and Corporate Licence Directorate, Mr. Joe-Eugene Onuorah,  stated that the outdoor firm was duly licensed to practice outdoor, though the firm is currently being queried over exposure of unapproved adverts with the agency.

“Loatsad has a currently valid corporate licence for outdoor advertising. However, it has ongoing issue of exposure of unapproved adverts with APCON,” Onuorah had confirmed, in a text message to Brands & Marketing.

Convincing as those explanations might sound, it has not really succeeded in clearing some doubts, among stakeholders in the sub-sector.

“If APCON is saying the company is registered, when did the agency register it; since it’s on record that the agency had been without a board for more than four years now, and it is the statutory function of the board to certify such membership.  So who certified this relatively new company?” a stakeholder queried.

Dismissing the allegations, Head, Corporate Affairs, LASAA, Mr. Temitope Akande, argued that it was wrong for anybody to have accused the agency of favoritism in the discharge of its statutory duties.

According to him, while it is true that no signage is put in the state’s outdoor ‘s space without the agency’s approval, the agency had always been fair to all, adding that certain factors are usually taken into consideration before such approvals are given.

For instance, on the approval of Lekki Toll Gate LED signage, purportedly owned by Loatsad, after another outdoor firm had been denied of the same spot, Akande explained that the corridor belongs to Lekki Concession Company, and the company must give its consent before such spot is approved by the agency.

“You must understand there are various considerations in giving approval. Unless I find out details, I may not be able to talk on this.  It might be that the structure they brought there is not suitable for this place or for other reasons, but not because the outdoor firm is being run by an influential person.

“If e-motion is saying they applied for the spot and was not given, we don’t control the pole, it’s LCC that controls the pole.  You know there is what we call the consent of the owner of the place before LASAA will approve, and once LCC refuses to give them the consent, we can’t go ahead,” he stated.

He however declined comments on queries on spots, such as Falomo and others, said to have been given to Loatsad, unduly, arguing that some of the cases had become subjects of litigation.

As controversies continue to dog the step of this outdoor firm, its Chairman and Chief Executive Officer had explained that the firm was birthed over four years ago to ‘create something that would be innovative and unique’ in the industry. But whether rules are being obeyed in carrying out this task would continue to elicit debates for a long time to come.