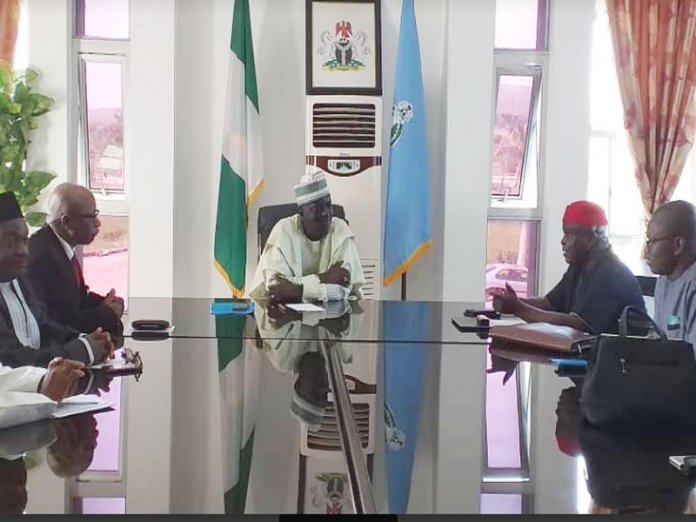 The National Centre for Technology Management (NACETEM), based at the Obafemi Awolowo University, Ile- Ife, Osun State, an agency under the Ministry of Science and Technology and the National Institute for Policy and Strategic Studies (NIPSS), Kuru, Jos, Plateau State on Monday signed a Memorandum of Understanding (MoU), to fast track policy research, capacity building and consultancy services based on joint collaboration.

The collaboration which is meant for all stakeholders also included advocacy programmes, jointly designed and delivered programmes, seminars, conferences for solving national challenges.

In a remark, the Director General (DG), NIPSS, Mr. Jonathan Mela Juma, said at the signing that: “The MoU will become effective before the end of 2019 as there is no need entering into an agreement that will not be functionalized.”

Prof. Ukwuoma, who appreciated the management of NIPSS, expressed the readiness of NACETEM to ensure that the MOU leads to sustainable development in the country.

Meanwhile, NACETEM, also recently signed an agreement with the National Bureau of Statistics (NBS) in Abuja to audit the country’s technological activities germane to its overall national development.

The NBS collaboration came to the fore aftermath of its stakeholders’ workshop on Science Technology and Innovation (STI) indicator survey for the country and selected economic sectors which held in Abuja.