The Vice Chairman, Alpha African Advisory and former Chief Executive Officer of the Asset Management Corporation of Nigeria (AMCON), Mr. Mustafa Chike-Obi, has stressed the need for the federal government to implement policies that would enable the country achieve double-digit growth rate.

He called for an end to the removal of certain subsidies in the country as well as pay greater attention to security and infrastructure. According to him, the three subsidies are fuel, foreign exchange and electricity subsidies.

Speaking at an agenda-setting forum for the Buhari’s second term organised by members of the Finance Correspondents Association of Nigeria (FICAN) in Lagos yesterday, he said the various forms of subsidies were hindering growth.

Speaking on theme, “Repositioning the Nigerian Economy for sustainable growth”, Chike-Obi explained: “that the biggest problem to our economy is the three subsidies that is added up to our total revenue.”

On fuel subsidy, he said, “the economy is losing N1.2 trillion per year. Who gets the fuel subsidy? The rich people with six cars are those benefitting from fuel subsidy.

“The average rich person in Ikoyi is getting approximately 100 times a year fuel subsidy than person in Shomolu in Lagos.”

He added that, “everybody deserves to have electricity but you charge electricity based on those who needed it the most in the market price. Most people that uses generator pay N160/Kwh and pays comfortable.

“If you tell these power company that they can sale power at N160/kwh, they will make sure much money that more power will be generated.”

He also expressed concern about Nigeria’s rising debt service ratio, which according to him could be about 70 per cent.

“It is almost a guarantee that Nigeria is going to be talking about debt rescheduling soon and we need to start putting our house in order ahead of that,” he said.

He said: “The government acts like everything is fine and as if they have done well. The truth is things are not fine.

“The problem we have in Nigeria is that we keep problems until they become so big that we have to fix it. I have advocated that we should use inflation to change the minimum wage every year. We can be doing this if we have vision in small step because most of the great things that are done are done with a plan and gradually.

“We have serious problems in this economy. The problems are that of growth, unemployment and productivity.

He further added: “Nigeria is the only country in the world that has not reduced poverty rate but increased it. Even Pakistan that is running second to us has reduced its poverty rate.

“So to catch up we need a drastic growth. So I am calling for double digit growth.”

Chike-Obi stressed the need for coherent and forward-looking policies to address the myriad of problems confronting Nigeria.

“We are badly in need of good leadership; we need a leader that would map out the strategy and roadmap for economic growth in this country,” he said. 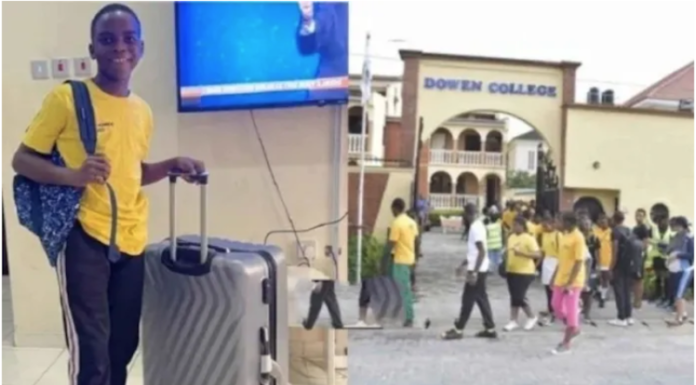