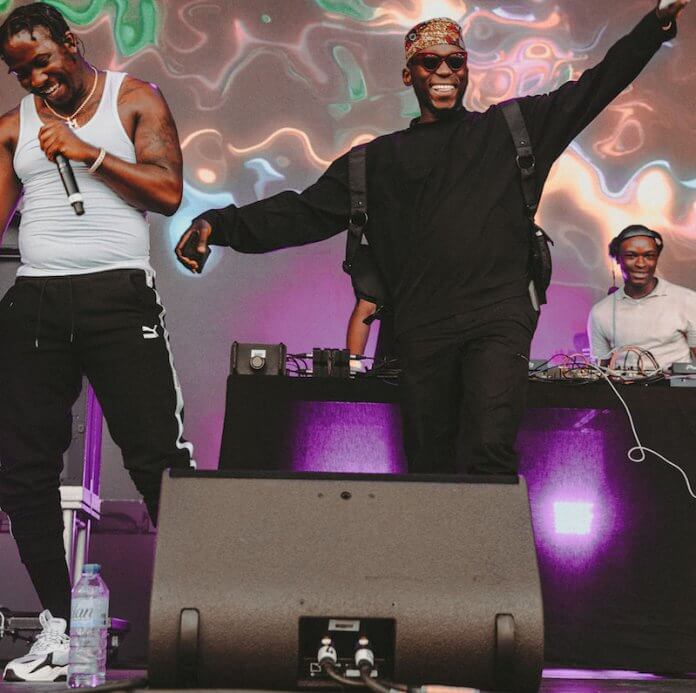 Nigeria’s own DJ Spinall gave a thrilling performance at the recently held The Ends Festival, a three-day experience where music and food were woven together to create an exhilarating weekend.

The festival took place in the heart of Croydon, one of Britain’s most exciting and vibrant boroughs. As part of the line-up, Spinall shared the stage alongside renowned musicians, Damian Marley and J Balvin and performed for 15,000 music lovers inside South London’s Lloyd Park.
The multiple award-winning disc jockey had the crowd electrified throughout his entire performance as he played popular Nigerian songs that have taken the world by storm.

He also showcased his hottest tracks which featured artists such as Wizkid and Davido. Spinall made sure to incorporate both reggae and hip-hop into the mix to set the tone for an epic party.

Bringing UK Artist Kojo Funds to the stage, the duo performed, ‘What Do You See’, his latest single whilst showing off their fiery dance moves and put an actioned packed performance.

With his outstanding performance, Spinall is set to perform at the U.K.’s largest greenfield festival, Glastonbury Festival later this month.

He will be the first ever Nigerian DJ to take the Glastonbury Festival stage, performing on the Silver Hayes Stage to over 20,000 people.