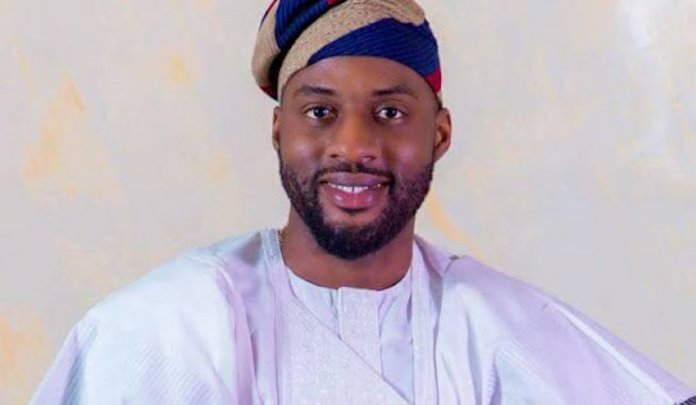 Members of the Oyo State House of Assembly, Monday unanimously elected a 31year-old lawmaker from Ibarapa East constituency, Debo Ogundoyin, as the Speaker of the House.

This is coming as Governor Seyi Makinde, pledged to wave his immunity as the governor for corruption trial if brought before the proposed anti-corruption agency in the state.

Ogundoyin, was first elected into the Assembly in 2018 after the death of the speaker of the Assembly, Michael Adeyemo, from Ibarapa East.

Olagunju Ojo from Oriire constituency in Ogbomoso was elected Speaker after Adeyemo’s demise.

The new Speaker, is from the late speaker’s constituency and also doubles as son of the late industrialist, Adeseun Ogundoyin, from Eruwa, Ibarapa area of the state.

The ninth Assembly is dominated by the Peoples Democratic Party which has 26 out of the 32 members.

The former ruling party, All Progressives Congress (APC), has five lawmakers, leaving the Action Democratic Party (ADP), with only one member.

Makinde who spoke at the inauguration of the ninth state Assembly, promised to immediately sponsor two bills on the anti- corruption agency for the state and investment promotion, stated that investors’ confidence would be boosted with the state anti corruption agency.

He said he would lead a transparent and accountable government for the next four years, charging the lawmakers to brace up for the challenges ahead and called for the support for the executive arm to deliver on his electioneering promises.

According to him, “I want to use this opportunity to mention that two of the first bills the executive will be sponsoring are; the Oyo state Investment Promotion Agency Bill and the Oyo state Financial Crimes Commission Bill.”

Makinde further hinted that the OYSIPA bill, 2019 will birth an agency that will initiate, promote, facilitate, and coordinate investments in the state through Greenfield, Public Private Partnerships, Privatisation, Commercialisation of state owned-assets and transform the economy of the state through strategic asset management.

He said the Oyo State Financial Crimes Commission Bill will create a state agency that will ensure transparency and accountability in both state and private sector and work with the police to reduce economic and financial crimes to the barest minimum.