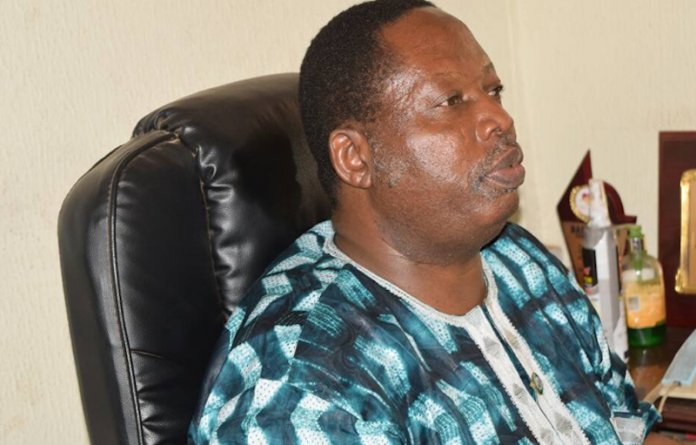 The Ogun State House of Assembly has elected its immediate past Deputy Speaker, Hon Olakunle Oluomo, as speaker.

Oluomo who was a member of the eighth legislature of the State House of Assembly and a member representing Ifo I State Constituency emerged as the nineth Assembly Speaker.

The two new principal officers of the Assembly were elected, following the acceptance of their separate nominations by members representing Ikenne State Constituency, Olakunle Sobukola and was seconded by his Yewa North I state constituency counterpart, Adegoke Adeyanju, during the inauguration ceremony of the Ninth Legislature held at the Assembly Complex, Oke-Mosan, Abeokuta, the state capital on Monday.

While accepting the nomination, Oluomo appreciated Almighty God and his colleagues (lawmakers) for their support and trust and promised to promote the existing mutual interdependence among the three arms of government.

The new Speaker, however, assured that he would put in place strategies to put the State legislature as a partner in progress for the sustainability of credible governance and delivery of democratic dividends to the grassroot.

Dignitaries in attendance at the inauguration include former Speakers, Bashorun Muyiwa Oladipo, Titi Oseni-Gomez and Suraju Ishola Adekunmbi, as well as former members of the State House of Assembly, former Head of Service (HoS), Elder Sola Adeyemi, party chieftains, traditional rulers, members of the body of Permanent Secretaries, among others.