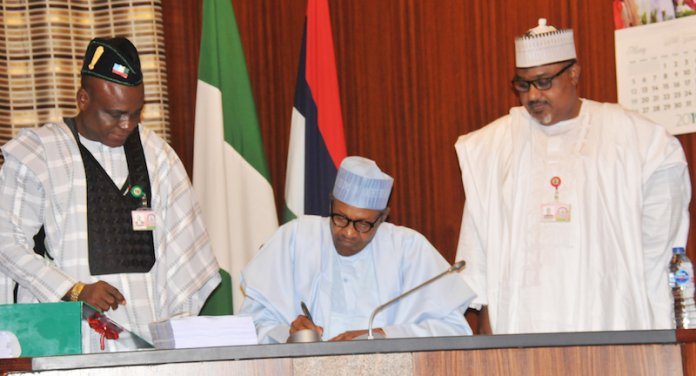 President Muhammadu Buhari at the weekend sent a five-man delegation to llorin, Kwara State capital, to commiserate with the Emir of Ilorin, Alhaji lbrahim Sulu-Gambari, over the death of his mother, Hajia Aishat Sulu-Gambari.

The federal government delegation was led by the Chief of Staff to the president, Alhaji Abba Kiyari.

Speaking on behalf of the delegation, the state Chief of Protocol to the president, Lawal Kazaure, described the demise of the emir’s mother as unfortunate.

Kazaure, who recited some portions from the Holy Qur’an, prayed to Allah to grant the deceased eternal rest, forgive her sins and give the emir the fortitude to bear the loss.

The monarch expressed gratitude to President Buhari for deeming it fit to send a high-powered delegation to Ilorin to commiserate with him over the death of his mother.

He used the opportunity of the visit to advise the All Progressives Congress (APC)- led government to fulfill its campaign promises to Nigerians for more development to be attained in the country.

The emir prayed Allah to grant President Buhari a successful and rewarding tenure.

The emir’s mother died last Monday at the age of 124.