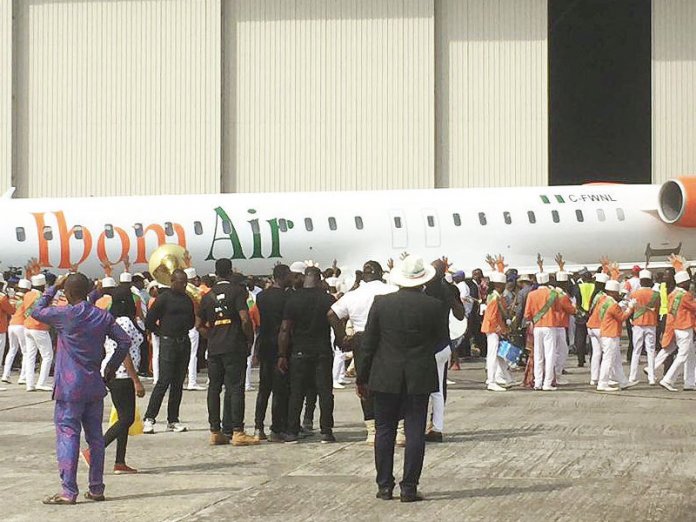 This was confirmed by a source from NCAA yesterday.

The award of AOC was an indication that the airline had met all conditions to start flight operations.

The new airline acquired three Bombardier CRJ 900 aircraft with 90-passenger capacity and plans to only operate from Uyo to Abuja and Lagos three times daily.

THISDAY learnt that the airline is ready to start operation, while it waited for the AOC and would start selling tickets for passenger service today (Friday).

According to statement posted at the airline’s website, Ibom Air has to go through a painstakingly thorough certification process in order to be given the ‘nod’ to operate.

“Based on our commitment to operate to world-class standards, Ibom Air submitted itself totally to the process. The process in Nigeria, in terms of the Nigerian Civil Aviation Regulations, is designed to take at least nine months to complete. In the case of Ibom Air, we are pleased to say that we completed the process under seven months

“Ibom Air commends the Nigerian Civil Aviation Authority for the objective, professional, competent and thorough manner in which it has conducted our certification process thus far. All our three aircraft were ferried into Nigeria from Canada on their Canadian registration, which is normal, for insurance purposes. But as soon as they arrived Nigeria, they were deregistered from Canada and assumed their Nigerian registration (5N-BWK, 5N-BWL and 5N-BWM, respectively), which they have borne until today. Otherwise, our fleet of Bombardier CRJ 900 aircraft are the youngest fleet of any airline in the country today,’ the airline said

Governor of Akwa Ibom State, Udom Emmanuel described Ibom Air is a child of vision, which started several years ago when the former governor of the state, Obong Victor Attah decided to go into aviation.

He said that the airline was established to create jobs for the people of the state because he wanted Akwa Ibom citizens to become high-bred human resource in aviation who are usually sought after all over the world as pilots, aeronautical engineers, schedulers and others.