THE Nigeria Union of Local Government Employees (NULGE) and the Senior Staff Association of Statutory Corporations and Government Owned Companies (SSASCGOC) on Wednesday expressed happiness with the smooth take off of the directive of the Nigerian Financial Intelligence Unit (NFIU) on the disbursement of allocations to the third tier of government in the country.

NULGE and SSASCGOC commended the Federal Government and financial institutions for adhering strictly to the guidelines of the NFIU, especially on Joint State-Local Government Account and local government funds.

The President of NULGE, Comrade Ibrahim Khaleel, told journalists in Abuja on Wednesday that the smooth take off of the NFIU and the way the banks had cooperated for its smooth take off, was encouraging, despite the stiff opposition coming from some of the governors.

He accused these governors of pursuing a selfish agenda to mismanage funds meant for the local governments.
“The Federal Government, especially President Muhammadu Buhari should be commended for standing on the side of the people, rule of laws and the development of the country, by insisting on NFIU guidelines. Also, the Financial institutions must be commended for strict adherence to the rules, while we praise the Unit itself for leading the way in doing a very good job.”The NULGE president said.

The Nigerian Financial Intelligence Unit (NFIU) is the Nigerian arm of the global financial intelligence Units (FIUs) domiciled within the EFCC but operating as an autonomous unit FIU seeking to ensure compliance with international financial best standards and combating Money Laundering and funding of Terrorism.

The NFIU directives commenced June 1, after the governors failed to secure a court order stopping its implementation.
According the directive issued by the NFIU on May 6, Banks were requested to ensure the full implementation of the guidelines which seeks to regulate arbitrary withdrawals of local government funds by state governments from the joint local government account with effect from June 1, 2019.

The guidelines to banks was meant to reduce the vulnerabilities created by cash withdrawals from local government funds throughout the country; which restored the full mandate of the operations of State/Local Government Joint Accounts to be used solely for the distribution of funds directly to the accounts of the local governments.

However, speaking on the take off, Comrade Khaleel said the NFIU initiative will definitely halt looting of council funds and bring development tothe local government that was lacking under the previous system.

“Effective regulation of arbitrary withdrawals of local government funds by state governments from the joint local government/state joint accounts by the Nigeria Financial Intelligence Unit (NFIU), as we have seen with the take off now, would reduce looting of council finances,” he added.

Commending the new guideline, the NULGE President described it as a giant step towards granting financial autonomy to local governments.

He said that NULGE would work with the relevant agencies of the Federal Government to ensure that successful implementation of the guidelines was achieved.

He said that the union will train its members across the length and breadth of the country to keep eagle eye on the operations of the funds going to local government councils henceforth.
“I am assuring you, we will ensure that flagrant abuse of the system and the funds is stopped.” Khaleel said.

In the same vein, the SSASCGOC General Secretary, Comrade Ayo Olorunfemi, applauded the Federal Government and President Buhari for the initiative.

According to him, the state governors have over the years frustrated development at the grassroots by refusing to allow financial autonomy for local government councils. 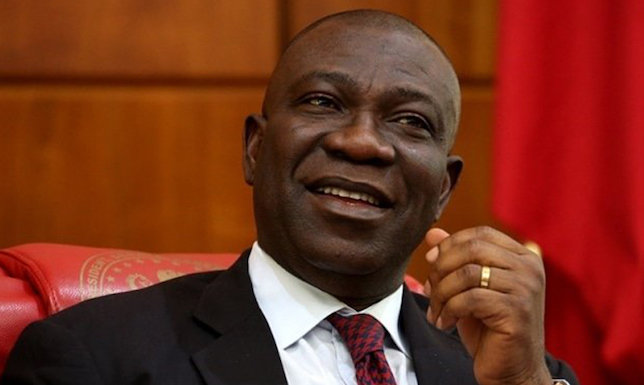