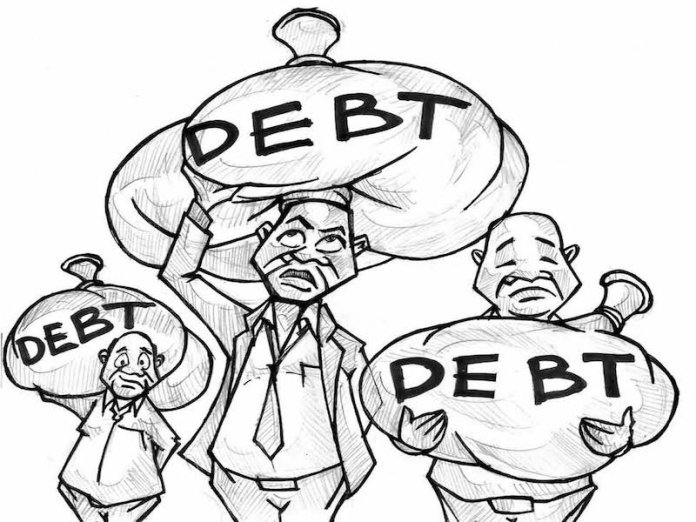 Excessive borrowing will prove painful to all

While it is standard practice for government all over the world to borrow, either externally or from the capital market within the country to finance projects, the International Monetary Fund (IMF) has consistently warned Nigeria of the consequences, particularly of the servicing costs which could consume substantial amount of government revenues. If the aim of borrowing is to help government attain their developmental needs in the areas of infrastructure, health, education, power and transportation, it is a laudable idea. The challenge, however, is that over the years, the federal and states governments had accumulated huge debts at public expense which were largely frittered away.

Unfortunately, the authorities have continued to sneer at genuine concerns as the amount of borrowings keeps piling up, raising the spectre of another debt trap in future. According to the latest data, Nigeria’s debt profile grew from N12.12tn in June 2015 to N24.39tn in December 2018. This reflects more than a hundred per cent increase in the debt profile of the country within the period under review. Of this debt stock, the federal government accounted for N19.23tn while the 36 states and FCT accounted for N5.15tn. Meanwhile, the external debt stock of both the federal government and states had increased from N2.03tn in June 2015 to N7.76tn as at last December. This means that within this period, the external debt of the country rose by N5.73tn. The question therefore is: with the growing percentage of money going into debt service, is the future not already mortgaged?

To compound the situation, many of the states have crossed the red line against debt accumulation. In no fewer than 18 states, their debt profiles exceed their statutory revenue by more than 200 per cent. In Lagos, Osun and Cross River States, debts exceed revenues by almost 500 per cent. Lagos, Kaduna and Edo chalked up the most external debts running into billions of dollars. Expectedly, the Fiscal Responsibility Commission is most uncomfortable with the trend, as the development is contrary to dictates of the DMO on debt sustainability. According to the guidelines, the debt status of each state should not exceed 50 per cent of the statutory revenue in the previous 12 months.

However, officials of the federal government have repeatedly argued that Nigeria’s debt-to-GDP ratio is one of the lowest in the world and that the country has the capacity to meet its debt obligations. The federal government is currently in the forefront of the extensive external borrowing in a bid to achieve 40 to 60 per cent foreign to local borrowing ratio. Yet, the external debt is less than 50 per cent of the crisis point we attained in 2005 when the country, under President Olusegun Obasanjo, paid $12b to the Paris Club of creditors for a debt relief of $18b.

Meanwhile, many of the current governors on assumption of office complained of inheriting heavily indebted states on account of funds taken from the capital market by their predecessors. Incidentally, many of those governors have gone to secure their own loans which they also expect future governments in their states to repay. Aside the fact that many of the states can hardly meet their routine obligations after servicing their monthly debts, most of the loans were not deployed to tangible projects.

While it is understandable that the federal government would borrow to bridge the huge infrastructural gap in the country, there are growing concerns about repayments. It is therefore incumbent on the authorities in Abuja and the in states to reflect on the implications of the debt burden on the future of our country.