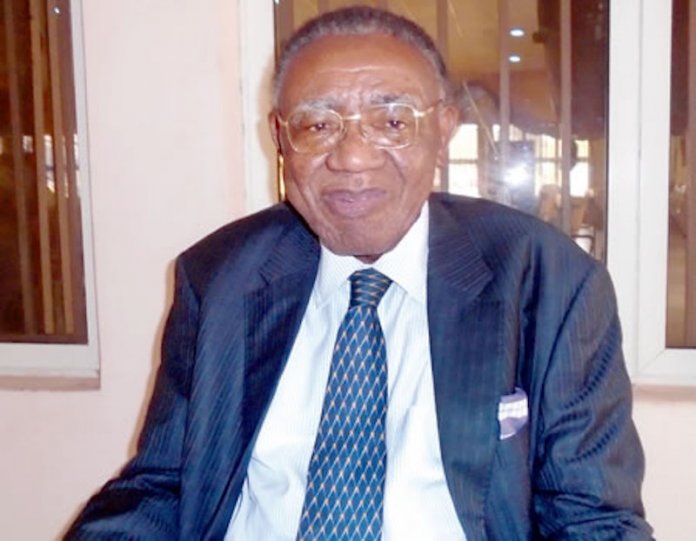 Without any mincing of words, I will confess straightforwardly that my policy advocacy is partial to education as a significant endeavor in any nation’s development drive. Indeed, education forms a critical plank in my frameworks for institutional reform in Nigeria. It is even more critical in a state’s desire to become developmental and initiate those infrastructural development dynamics that will transform the face of democratic governance. Education, to be precise, is the factory for manufacturing the cogent human capital and ideational resources on which any developmental state depends to transform the lives of its citizens. A state is developmental because it possesses the educational philosophy that connects with the development policies to transform the circumstances of the citizens.

This fact of the connection between education and national development became obvious to me a long time ago in the course of researching the institutional dynamics and dysfunctions of the public service system in Nigeria. When, between 1999 and 2002, I coordinated the Education Sector Analysis (ESA) project as the head of the Policy Division at the Ministry of Education, I came face to face with the detailed understanding of what is wrong with the Nigerian educational system, it becomes very easy to understand the state of human capital development that Nigeria has found itself. One can immediately understand why Nigeria is still struggling with not only becoming a developmental state but also making sense of its experience of democratic governance.

However, one of those expert figures that were part of the education diagnosis and change management at the time, and whose stature in educational development gave us the hope that everything was not lost despite the many confounding revelations, is Professor Pius Augustine Ike Obanya. This is someone whose path in life had been determined since he got admission to read Education/French in 1968. His first class honours degree then ought to have served as a notice for those who were his teachers then that here was someone who would define the educational dynamics that would become the pathway for Nigeria. And it was as if he was a young man driven by the educational impulse. His distinct entry into education research and scholarship was just the first step in a long line of achievements that were just the foundations for something deeper: a sense of commitment that is so fundamental to the well-being of Nigeria. After joining the Institute of Education, University of Ibadan in 1971, he became a full professor in 1979, and this signaled a renewed commitment to that initial decision that he made in 1968—to pursue the intrinsic dynamics of education, educational studies and the deep meaning of education as a tool for transforming the destiny of nations.

Was there a reason that Pai Obanya allowed his nascent intellectual maturation to be molded within the context of Nigeria and the University of Ibadan? I would think so. This was the Nigeria of the 60s and the 70s where national development was still within the grasp of some measure of ideological orientation. National development planning was unfolding a vision of how to give the newly emerged state a solid political and socioeconomic standing, even if this was within the framework of a centralized governance framework where the state was to occupy a commanding height of the economy. It was also a period when the University of Ibadan was incomparable within the Nigerian higher education system in Nigeria. That was the period when the University was truly the best place to be for university education. Even the entire world recognized the quality of UI products. I can attest to this period too. It was indeed Nigeria’s golden era—the period that produced all the big names: Chinua Achebe, Wole Soyinka, Ken Saro-Wiwa, Bola Ige, Christopher Okigbo, Tekena Tamuno, J. P. Clark, Mabel Segun, Emeka Anyaoku, Flora Nwapa, Adebayo Faleti, Grace Alele-Williams, and the list is endless.

Emeritus Professor Obanya has just joined the hoary and honourable circle of the octogenarians. And this is not just any birthday. It is a critical moment to reflect on the life and time of an icon whose entire professional life has been dedicated to rejigging the educational system of the Nigerian state. How do we celebrate a national and continental figure—in the mould of Alvan Ikoku, Babatunde Fafunwa and Samuel Tunde Bajah—whose fights has consistently been to see Nigeria’s educational dynamics transformed into a truly developmental force? Yet, after more than fifty years of struggling to recalibrate this system, it is still not up to par with regard to its responsibilities to the emergence of a solid developmental state called Nigeria. At 80, Professor Obanya has put in meritorious service, and he is still not done. He has his intellectually dexterous hands and stimulating brain in many national assignments, from the West African Examination Council (WAEC) to being the chairman of the Presidential Task Team on Education. On the continent, he has also forcefully stamped his imprimatur on the educational policies of several states. And on the globe, he is a regular feature in the educational reflections on Africa at UNESCO.

The educational strategy that brought us together in 1999 was just a preliminary matter in the entire framework of educational responsibilities that Obanya had undertaken on behalf of Nigeria and Africa as a continent. Nigeria’s Universal Basic Education programme came right off his fecund and pragmatic mind. This is the kind of designed framework that we can associate with the intellect of Obanya. The UBE was launched with the objective of providing “free, universal and compulsory basic education for every Nigerian child aged 6-15 years.” From independence, the challenge has been that of how to chart a policy that would immediately satisfy the nation’s yearning for a human capital framework around which development could be driven. The Universal Primary Education (UPE) policy in the 70s failed because it could not increase the total school enrollment figure even till the early 90s. The UBE came on board in 1999, and even though some significant improvements have been noted, the overall assessment revealed that between the UPE and the UBE, there was only a change in nomenclature. The fundamental issues underlying the failure of the UPE had not been addressed in the UBE.

As I have often pointed out, issues with institutional reform have usually been less of design than of implementation problem. That is the case in the UBE policy where bureaucratic red tape intersects weak institutional capacity and vague management objectives. In Obanya’s apt words, the UBE problem is “a clear case of discordant dancing to the same musical tune.” Take a critical instance. An executive coordination of overlapping bureaucratic function undermined the understanding of what is to be done. Coordination breaks down in the turf war that often breaks out between UBE Commission (UBEC), the National Commission for Nomadic Education (NCNE) and the National Commission for Mass Literacy, Adult and Non-formal Education (NMEC) over implementation issues.

The name “Obanya” is synonymous with “education reform” in Nigeria. Essentially, his concern has always been how education reform can transform into fundamental and non-cosmetic educational development for Nigeria. Reform often range from the insignificant to the experimental. Like the UBE, we have a case where “education reform” ended up creating multiple and redundant bureaucratic structures with no concrete contribution to moving the reform forward. A fundamental Obanyan contribution to the understanding of education reform is the key question of how education reform could be inserted into the context of a wider social reform that measures the relationship between the two as mutually reinforcing contexts. Concentrating reform measures only on the educational institutions and structures would, in the final analysis, be meaningless. And this is one crucial reason why deep corruption in the larger society has become the bane of a truly transforming reform of the education sector in Nigeria. And the situation is all the more complicated because the education sector itself is equally prone to corruption.

Pai Obanya understands Nigeria and her problems. He understands the deep relationship not only between education and development, but more significantly between genuine reform and the negative influence of corruption. Thus, we can insert into his fundamental relationship between education reform and social/societal reform, a deep process of de-corruption. For instance, the thought, which I applaud, is that of how we can commence a process that de-monetize our understanding of the meaning of the resources required to carry education reform through. Resources need not be interpreted in monetary terms; it is not only money that ensures reform. This basic misunderstanding affects the fundamental curriculum contexts, the management of education and educational reforms, and the structural issues that affect implementation of education reforms.

Thus, for the Emeritus professor, reforming the education sector requires a most fundamental reorientation which is so simple and so basic to education itself—the reconceptualization of all significant concepts, starting with the meaning of education itself. Education of reform demands the reconceptualization of key terms in ways that ensures that we understand not only the meaning of our concepts, but also what it means to achieve our basic objectives. What does education mean, for instance? What is the difference between “education” and “schooling”? How does education enable the nurturing of those characteristics that governments can harness for development? Indeed, how can the values of educationeering—the significant trajectories of educating for national development in Nigeria—be preserved and integrated within political dynamics that pushes education reform forward?

As Emeritus Professor Pius Augustine Ike Obanya celebrates eighty solid years of graceful attachment to humanity and transformatory involvements in the educational frameworks of Nigeria and Africa at large, we will also do well to reconceptualize the meaning of “celebration” and “birthday” in ways that enable us refocus on what the Professor stands for in terms of patriotic commitment, and how his octogenarian years could be made more meaningful through a reassessment of those education reform moments and fights he has dedicated his life to.