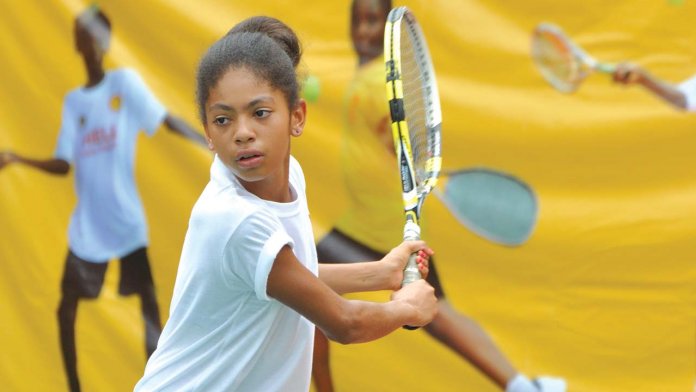 In their last meeting a month ago, Suleiman fell a set behind but started a comeback surge that saw him take the second set and lose a close final set. This time, the lanky Fulani boy with a sweet smile followed through with his comeback effort.

Another consistent champion, Seun “Nadal” Ogunshakin from Ekiti was also dethroned by Mohammed Idris, another Abuja-based Fulani boy from the Abelife Tennis Academy 7-10, 10-6, 12-10.

However three girls from Ekiti made up for Ogunsakin’s loss by sweeping the Girls 12, 14, and 16 titles. Faith Adeusi defeated ‘small but mighty’ Favour Amaechi from Rivers 10-6, 10-7 to win the Girls 12 event; Esther Oni won a tense third set against Schola Otu to take the Girls 14 title while Omolayo Bamidele took the Girls 16s crown by besting Favour Moses from Kaduna 12-10, 10-2.

The Boys 14 title was won by a first timer, Ganiyu Mubarak from Oyo State who took full advantage of the absence of defending champion, David Ekpeyong from Akwa Ibom. Mubarak defeated Isaac Danjuma from Abuja 10-8, 9-11, 10-5.

The grand finale which attracted several dignitaries had the Managing Director of SNEPCo, Bayo Ojulari as guest of honour.

In his remarks, the Ojulari said SNEPCo and their joint venture partners were very happy with the exciting tennis played by the boys and girls and the very high standard of the competition. “We shall continue to sponsor this event” he concluded.

The managing director was represented by Segun Owolabi, the director of finance of the oil and gas giants.