Governor Seriake Dickson of Bayelsa State has disclosed that he will go fully into farming and teaching when his tenure ends on February 14, next year.

Dickson who spoke with some journalists in his Toru-Orua farm, Sagbama Local Government, Area (LGA) said he started commercial farming, which has always been his passion, years before he became the governor.

“I started this farm a long time ago, but I haven’t really had time to prepare. When I finish, I will be into full time farming” he said.

He added: “I can’t be doing only farming, age is still on my side and I have a lot of passions, writing is one, teaching another. I am likely to go back to school, I will like to involve in teaching, carrying out research on studies about my experiences, deep experiences in governance.

“How in this under-developed and trying environment, we can talk about democratisation and peace building, consensus building and all the things that I have been able to achieve here.

“So, I will most likely be in classroom, but farming is also a passion I have and it is a business that I encourage everyone to go to into”.

While underscoring the importance of investing in agriculture by the government on the one hand and private individuals on the other, the governor opined that people must be able to provide what they eat and  be able to create jobs and by extension create wealth.

Dickson said in the past two, three years he had concentrated on fishery, rearing cows, piggery, harvesting bananas, plantain, cucumber, pineapples and sugarcane.

“So, this is to encourage you all to tell the story of Agriculture, I have always been into farming, I always farm here, my village, I have a farm in Yenagoa since 2000 , 2001, Seriake Dickson farm has been in existence since  2002 or 2003.

“When I went to the House of Representatives in 2007,  by 2008 I started to prepare a farm around Abuja in Nasarawa State, 100 hectare farm which is properly secured and a lot of cattle and other crops that are planted there,” the governor said.

Dickson said he had already started talking with some  banks to assist him in raising a facility based on the security of his titles to enable him make up all the investments as he gets ready to leave office.

“I intend to stay here in my community and with my family in Yenagoa so that I can put in and make most of these investments to create jobs and also yield profit” he posited.

He advised that the mindset that survival must come from government must change, maintaining that his government already made a lot of investment in the aquaculture village in Yenagoa and the several others outside Yenagoa.

“Right now, we have capacity for 1500 to 2000 young fishermen that should be under training and they are  also making some money in the process.

“If you go to Egbedebiri where the government poultry is, we have established around 35,000-bed capacity,  so young people can go there and learn” he said. 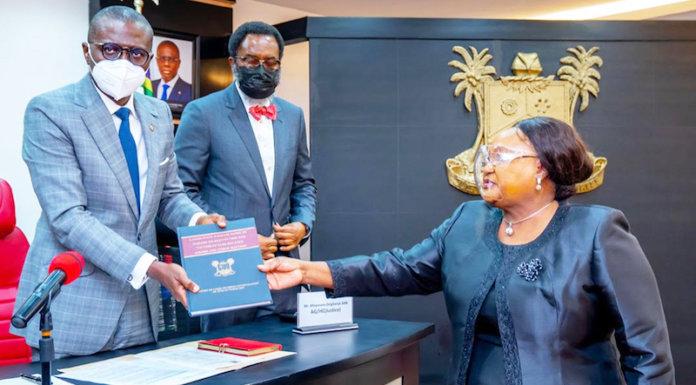