Home Nigeria More Troubles for Oshiomhole as Edo APC Stakeholders Join the Fray Calling...
Share
Facebook
WhatsApp
Twitter
Email
Google+
Pinterest
Linkedin
ReddIt
Print
Tumblr
Telegram
StumbleUpon
VK
Digg
LINE
Viber
More troubles are coming the way of embattled National Chairman of the ruling All Progressives Congress (APC) and former governor of Edo State, Comrade Adams Oshiomhole as stakeholders of the party yesterday joined the fray calling for his immediate resignation.
The group under the umbrella of Edo APC Coalition for Progress at a press conference held in Benin City, the state capital, challenged Adams Oshiomhole “to toe the path of honour,” stressing that he “is the one promoting nepotism in Edo politics” and the nation at large.
Spokesman for the group, Dr. Peter Ologun vowed that members of the body would organise a one million march against Oshiomhole soon in Abuja, the nation’s seat of power, should he fail ‘to immediately’ step down as the helmsman of the party, insisting that they “no longer have confidence in him.”
Dr. Ologun said they are determined to “disown him” as a son of the Heart Beat state in the oil rich South-South geo political zone “for leading the APC as an emperor,’ a development he maintained cost the fold the “shameful” defeat in Zamfara, Rivers State, Bauchi and Imo States, respectively.
He observed with dismay that President Muhammadu Buhari despite having the powers in his hands in the governance of this country has never interfered in the affairs of Katsina state and other states, but, in Edo state the situation is the reverse.
“What we have seen in recent times in Edo State is a situation where Comrade Adams Oshiomhole is the one directly promoting nepotism in Edo and National APC,” he alleged.
According to him, “Oshiomhole’s resignation will help us recover the party from imminent collapse,” adding that the only way justice can be done to those involved in anti-party activities during the 2019 general elections is for Oshiomhole to resign from the party.’’
He added that, “APC members now live in fear because of Oshiomhole’s ineptitude and behaviour. He has suddenly turned the state into a place of anarchy; from the position of being a leader to an emperor who does not take advice from anybody. We stakeholders feel that Edo State is above anybody. He has no capacity to lead the party and therefore he should honourably quit the party as the national chairman.”
They noted that the fortunes of the party are depleting on daily basis, pointing out that it has never been like this since the beginning of the party and even when the former chairman national chairman Chief John Odigie Oyegun was in charge of the affairs of the party.
“Oshiomhole’s continued stay in office will no doubt culminate in the demise of APC in Nigeria. If Oshiomhole refuse to toe the path of honour, by tendering his resignation letter, Edo APC members would be left with no option but to stage a one million man march in Abuja to peacefully enforce his removal from office as National Chairman of APC”.
“We have no option than to join the popular call across the country on Comrade Adams Oshiomhole to resign with immediate effect. This is to enable us recover and rebuild the party from where Chief John Odigie Oyegun left it in June 2018 where we had majority governors, controlled the senate and the house of representatives, where we had few cases if at all the various courts across the country.”
“Where in Edo State public peace, security and good conduct had been restored; where in Zamfara state, the PDP never smelled government house or any elected public office since the restoration of democracy in 1999, where Imo state was successfully recovered from the PDP/APGA and APC firmly rooted and an APC where no one dominated as sole administrator and where the voice of decent was celebrated and democracy and justice flourished unhindered where Buhari’s interest never tainted with internal party wrangling.”

The Truth, The Whole Truth, and Nothing But The Truth About...

The Truth, The Whole Truth, and Nothing But The Truth About... 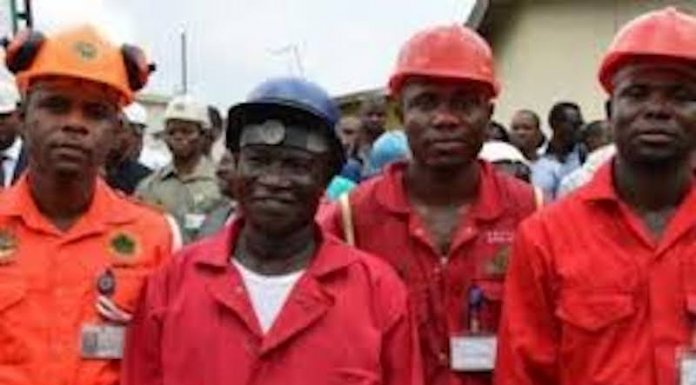