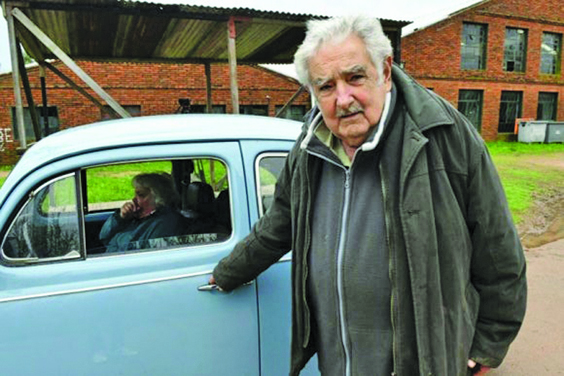 In the concluding part of this write up which coincides with the commencement of President Muhammadu Buhari’s second term, let me make some clarifications. The first part of this write up attracted a lot of criticisms with some arguing that my suggestion is not workable in Nigeria. To that, I ask: why not?

I believe that where there is a will, there is always a way; what we lack in Nigeria is the will to power which is why such negativism of impossibility permeates the entire fabric of the polity. If it can happen elsewhere why not here too? Those who think a leadership set in selfless service and sacrifice for the common good is not achievable should take a lesson from the 40th president of Uruguay and the world’s poorest president, Jose Mujica.

His life is a story of selfless struggle to liberate and create a better life for his people and country. In the heady days of dictatorship in that tiny south American country, Mujica went underground as a freedom fighter. He was arrested and incarcerated for 14 years. On his release from prison, he formed a coalition with other like minds and was elected to the senate from where he emerged as the country’s 40th  president.

A large chunk of his $12,000 monthly salary was donated to charity and small businesses. He shunned the presidential palace and the privileges attached to his office. He lived a very austere life choosing to work from his modest home which he shared with his wife. His only automobile was a 1987 Volkswagen beetle car which he often times used to give lifts to the poor and needy. He was once offered $1m for the car, he turned it down on the excuse that he would fail to meet the need of lifting the poor when the need arose. He recently recently resigned from the senate to go back to his farm where him and his wife cultivate flowers. He has no sprawling mansions, shares in blue chip companies, children in foreign schools, private university or business. He is just was he is: a servant leader. He did not favour neither his wife nor member of his family. He never lined his pockets with filthy lucre and he is living his life fully.

Coming nearer home, in nearby east African country of Tanzania, John Magafuli is also walking the talk. According to Quartz Africa, an online publication, just days into his presidency “He made a snap unannounced visit to the Ministry of Finance on his first day as president. Then he pulled funds intended for Independence Day celebrations and redirected them to anti-cholera operations.

“He began a shake-up of the Tanzania Port Authority, and extended it to the Tanzania Revenue Authority as he launched a tax collection drive. An audit of the public payroll led to a purge of “ghost workers”. Quickly, it became apparent that he was genuinely waging war on corruption in the Tanzanian state.

These two gentlemen defined their presidencies with pragmatic actions and selfless services to their people and putting their people first in every policy decision formulated. They never took decisions that would be of direct benefits to them. Mujica after his presidency returned to the senate and resigned shortly after because, according to him, he didn’t need a pension. We are all witnesses to the humongous pensions claimed by former state governors and members of the National Assembly after serving out their terms.

The most worrisome part of this development is that some senators were previously governors and already drawing pensions from their respective states and still claim pension from the National Assembly. These payments are not only being duplicated, they amount to wasteful expenditure. Assuming they deserve a pension after two terms as governor, of what use is a second pension in the senate? Where are the resources and the sacrifice they often enjoined majority of Nigerians to make here?

Having made these clarifications, let me give a broad outline of what I would do as a president in my concluding contributions. As a new president, the major focus of my administration would be to concentrate only on building infrastructure and the concentration would be on two key areas only. The first would be to generate a minimum of 10000MW of electricity within my tenure and also build 10,000 kilometres each of road and rail networks across the entire country.

We are being told that it would require at least $12b annually for at least 6 years for Nigeria to make an impact in infrastructure development. Between 1960 and date, the country has spent trillions of naira on infrastructure development and it is not yet uhuru. It goes to show that the current model in operation has to give way to something more radical and pragmatic. Under the former president Olusegun Obasanjo alone, Nigeria reportedly spent $16b on electricity generation and in one year alone, N300b was reportedly budgeted by the ministry of works which was then superintended by late Chief Tony Anenih on road construction.

This time around, I would first split the 10,000 km of rail and road into two. Five thousand for the north and five thousand for the south. In addition, the 10,000 km road and rail network would be divided among the six geopolitical zones with each zone having a minimum of 1,700 km of road and rail criss-crossing the entire states in the zone. The financial model to adopt would be a Built Operate and Transfer (BOT) model with modifications. With the help of the World Bank, IMF and other multilateral finance corporations, I will launch an international bid inviting companies from across the world to bid for each bloc.

These companies that must have proven reputation in the construction of road, rail and electricity would agree with our model and have to source their own finances, build whatever bloc they have won, operate and later transfer back to government after a certain agreed period. The government on the other hand would give these companies comfort by providing them with federal guarantees to cover their risks.

The beauty of this model is that, it would record a zero budget for these key infrastructure that have remained a drain pipe and conduit for corrupt officials to enrich themselves. We are fun of reinventing the wheel every time even where it is so glaring that it is not working.

The benefits of this model are unquantifiable. First, Nigeria would no longer have to bear any debt burden which it is now currently experiencing by borrowing to fund infrastructure. The problem of borrowing to fund infrastructure in this era of an opaque contract awarding system is that the borrowed money often gets stolen at the end of the day by the same government officials.

Second, this initiative would attract international construction companies with pedigree in road, rail and electricity development globally. They would not only deliver quality infrastructure that would stand the test of time, but also lay a solid foundation for the future. It would make a remarkable departure from the shambolic privatization of PHCN carried out by former President Goodluck Jonathan where companies with no proven track records were gifted our national assets. Today, because they lack the capacity to perform, Nigeria is still in darkness and the power situation is gone from bad to worse.

Third, the model would be implemented in such a way that the concessionaires would recoup their investments through tolling on the roads, ticketing by rail and prepaid meters for electricity supply. The accounting system would solely be their innovation or creation by them. From government side, it would ensure that concessionaires for the roads develop a template for revenue sharing between government and them.

Let me explain. In this model, government would appraise the cost of the projects, make provision for returns on investment by the investors, agree on period within which they can recoup their investment, approve a revenue sharing with government from collectibles and agree on ticket prices and tariff to ensure that Nigerians are not charged fees and tariffs arbitrarily. In addition to that, a payment platform would be established whereby on each ticket sold, a percentage automatically goes to each stakeholder’s fund. In the case of government, whatever its percentage is, goes straight to the consolidated fund for sharing.

Fourth, the war against corruption would receive a boost because this model would cut off kickbacks, inflation of contracts, embezzlement of funds meant for capital projects and create an employment hub where over a million Nigerians would be gainfully employed.

Lastly, all concessionaires would be mandated to source their materials locally including staff and only in rare cases would expatriate quotas be approved. For instance, electricity companies must set up factories to produce conductors, transformers, prepaid meters etc in Nigeria, ditto other concessionaires undertaking road and rail constructions. Once this model is fine tuned and perfected, it would be applied with moderation in other key sectors like healthcare, education etc.