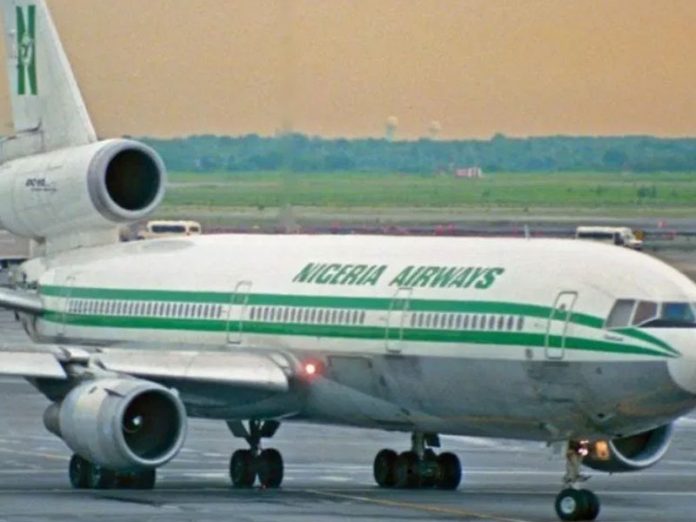 Aviation analysts have demanded from the federal government the roadmap for the planned national carrier, Nigeria Air, which was suspended indefinitely in September last year but has been allocated N47 billion in the 2019 budget.

According to investigation, the government is currently negotiating with international carriers to select a technical partner for the planned national carrier.
Also, THISDAY learnt that AfreximBank has held talks with the federal government and expressed willingness to provide $300 million to support the project.

Aviation industry consultant and Chief Executive Officer of Belujane Konsult, Mr. Chris Aligbe, who is privy to the ongoing negotiations, told THISDAY that Qatar, Thai Air, the national carrier of Thailand, and the Dubai-based Emirates Airlines, are currently negotiating with the federal government for the position of technical partner of the planned Nigeria Air.

Confirming the new N47 billion budget, the former Minister of State, Aviation, Senator Hadi Sirika, had said: “President Muhammadu Buhari directed that the Viability Gap Funding for the project be provided for in the 2019 Appropriation which the National Assembly had graciously done.”

Sirika had also explained that a viability gap funding of $155 million was required for the project in line with the Outline Business Case (OBC) to enable the airline to begin operations before private equity funds would be introduced.

At the official exchange rate of N306/$, the earmarked $155 million translated to N47.43 billion.
Aligbe told THISDAY that he supported the planned establishment of Nigeria Air, adding that although the establishment of the airline was suspended, it was never cancelled.
He added that the project was pushed to the 2019 by the economic team of the presidency.

Aligbe, said although the N47 billion might look like a big sum, but in dollar terms, it is about $111 million, which could not even buy aircraft.
“AfreximBank said it is prepared to provide $300 million that might be required for the project but there must be evidence of government input, which was why government had to earmark the aforesaid sum in the budget,” he added.

Aligbe also confirmed that the government had resolved that it would not have more than five per cent stake in the new national airline and expressed optimism that once a major international carrier is appointed as the airline’s technical adviser, the private sector would invest in the project.

THISDAY also gathered from another source that the Central Bank of Nigeria (CBN) is considering supporting the new airline from the intervention fund, which would be paid back after the national carrier is established.

“Immediately the right technical support is secured for the airline, investors will come. Many international aviation organisations are interested in Nigeria Air project, including aircraft manufacturers like Boeing and Airbus, which have been competing to see that their aircraft are selected for the airline,” said the source, who demanded to be anonymous.

“I wish to dismiss fear being harboured by domestic airline operators that a national carrier will kill their operations. On the contrary, it is international airlines that will kill our airlines. Nigeria needs at least three major operators. The privileges government will give to the national carrier will also be extended to the other operators. That was what happened in the past before Nigeria Airways Limited (NAL) went under. The privilege given to NAL was also extended to other operators,” Aligbe said.
He added that a national carrier would question the allocation of routes by the federal government and remarked that when Nigeria established a national carrier, some of the international operators might be forced to partner with indigenous carriers.

A former Director of Medview Airline and an aircraft engineer, Mr. Lukeman Animaseun, said it was important that government should explain how it would actualise the national carrier project.

“Government should be able to tell us what its roadmap is because the money budgeted may not even be enough to start the national carrier. We would want to know what type of aircraft; the number of aircraft, whether it would be purchased or it would be leased.

“If we are able to know this, then we will know how far government can go. I am confident that the private sector will buy into the project if government sets it right. Let’s be optimistic but government should not disappoint us,” he said.

The Executive Chairman of Airline Operators of Nigeria (AON), Mr. Nogie Meggison, told THISDAY that he did not support the plan for Nigeria to establish a national carrier, as it would injure existing operators and would not succeed in the end.

“There are a lot of questions bordering on clarity and transparency that government has to answer on the national carrier. Moreover, the model of the national carrier is no longer fashionable worldwide as countries now designate flag carriers,” Meggison added.