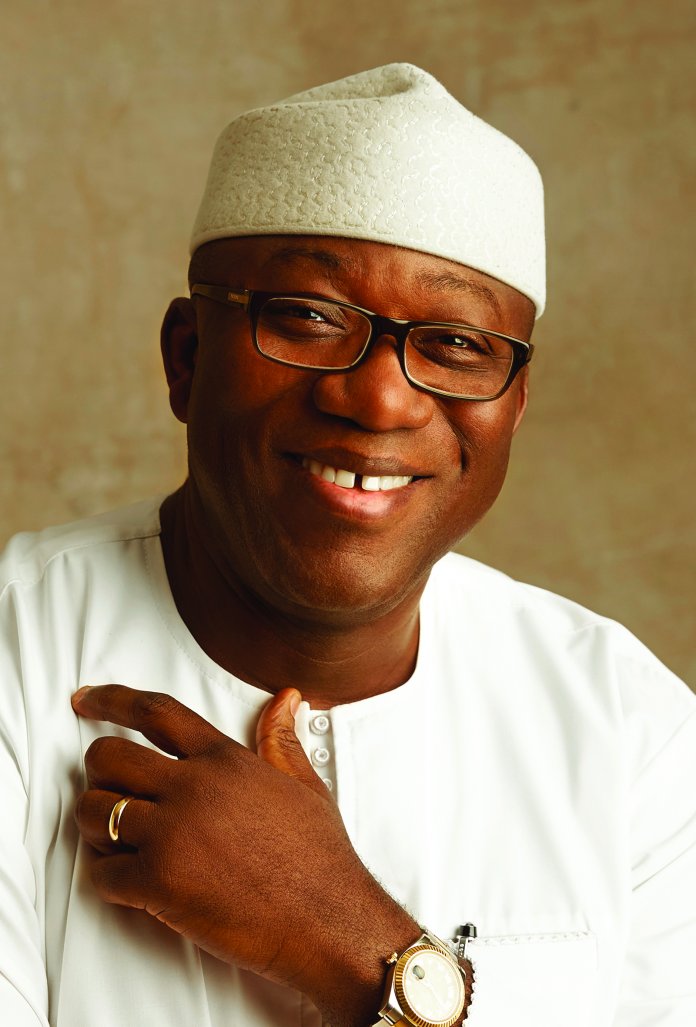 In a bid to shore up electricity supply in Ekiti State, Governor Kayode Fayemi has demanded the construction of a 330 KV substation from Transmission Company of Nigeria (TCN) to boost power supply in the state.

Fayemi regretted that epileptic power supply to Ekiti was affecting economic growth by having adverse effects on small and medium scale enterprises.

Speaking at a meeting with the management of TCN on Thursday, Fayemi, represented by the Commissioner for Public Utilities, Mr. Bamidele Faparusi, said Ekiti now has a friendly government that is willing to collaborate with relevant agencies to bring development to the state.

He said: “Power supply in Ekiti is very worrisome and it is bothering every indigene of the state because, it seems Ekiti is the least served state in Nigeria, as the transmission infrastructure in the state is unacceptable.

“At present, Ekiti with a population of 3.5 million people, is being served with 26 megawatts from the national grid which is grossly inadequate. We have just one 132 KV substation in Ekiti while some states can boost of three while some have more than three. Even the 132 KV sub station is not operating at a full capacity; it is being underutilised.”

Fayemi expressed disappointment over what was left in national developmental projects, while its neighbouring states like Kogi, Osun and Ondo are benefiting.

Fayemi said: “When we resumed office and looked at the archives, we noticed that there was a lot of communication between TCN and Ekiti State government between 2014 to 2015 which supposed to translate to the construction of the 330KV substation in the state, but that communication stopped in October 2015.

“It is unfortunate that the government at that time was very hostile and was not relating well with federal agencies. For that, we will exonerate TCN from the blame. But now that we have a very friendly government in place, it is time for TCN to come back to Ekiti.

“The government is already working on the Certificate of Occupancy and would soon hand it over to TCN management for immediate action. The government is willing to support TCN to deliver on this project.”

The Managing Director and Chief Executive Officer of TCN, Mr. Usman Gur Muhammed, said Ekiti State is very close to his heart as they have already discussed the issue of bringing a 330 KV substation to the state before the visit.

He assured the people that TCN will expedite action to see that state has its 330 KV substation.

Muhammed explained that the way the agency is working now is not like before where projects were awarded without due process.