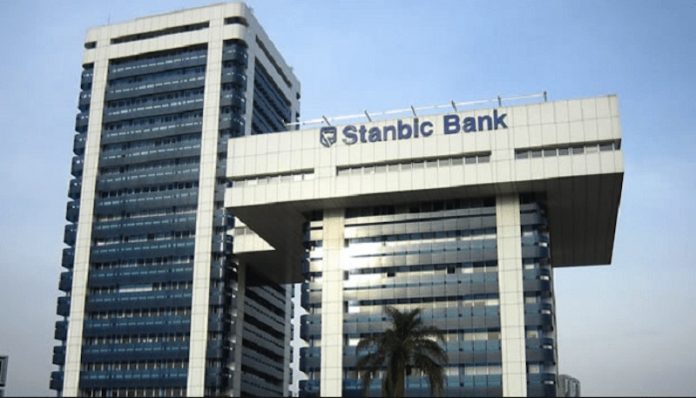 Stanbic IBTC has again reiterated its commitment to the health and wellbeing of indigent children, even as it promised to continue to work to ensure their educational development.

The organisation made these pledges over the weekend at Tarkwa Bay, an island community in Lagos, and at Shaga, a riverine community in Epe, Lagos, when it distributed treated mosquito nets to school children in those areas. The gesture aims at helping to stem the malaria scourge among school children.

The distributions were done in the communities at special events to mark the World Malaria Day organised in partnership with Slum2School, a non-government organisation devoted to meeting the educational needs and aspirations of indigent children.

Head, Marketing and Communications, Stanbic IBTC, Mrs. Bridget Oyefeso-Odusami, while speaking at Tarkwa Bay, said this year marked the fifth year the financial institution is partnering with Slum2School to sensitise indigenes in areas such as Tarkwa Bay, Shaga in Epe, Makoko, and other disadvantaged areas on the malaria blight and ways to ensure a malaria-free environment. According to her, the distribution of the mosquito nets and similar interventions are important measures to help stem the scourge, in line with the 2019 theme for World Malaria Day, ‘End Malaria for Good.’ She stated that the Stanbic IBTC Group’s corporate social investment philosophy is focused on three key pillars of education, health, and economic empowerment.

“We hope to help, through this health intervention, our children, particularly the disadvantaged ones, live a healthy, malaria-free life. We believe that healthy children are better able to concentrate on their education and hopefully live a higher quality of life,” said Oyefeso-Odusami.
nd

The Germany Africa Business Forum (GABF) has endorsed the Angola Oil & Gas Conference 2019, organised by Africa Oil & Power and taking place in Luanda on June 4-6, 2019. This is one of the platforms for German investment, cutting-edge technology and service providers to engage in Africa’s second-largest oil producing market.
Since swearing into office, President João Lourenço has galvanised his country’s oil and gas sector, business opportunities and foreign investment with its transformational government reforms. The move supports the government’s quest of diversifying the economy via the development of export-oriented industries and other commodities that will benefit all Angolans and increase the ability of employers to further generate more opportunities for citizens, investors and the African region at large.

Sebastian Wagner, CEO of DMWA Resources and Co-Founder of the Germany Africa Business Forum, said: “President João Laurenço’s focus on creating an enabling environment for investors is resonating with German entrepreneurs and institutional investors.
“He has matched the rhetoric with substance through reforms. Germany’s business and economic interests in energy especially gas is served when Germans invest in Angola’s economic diversification drive and also technology transfer.
“Germans will play a strong role in the midstream, downstream, power and petrochemical projects in Angola.”

With a resurgent economy, Angola is one of the most lucrative business locations in Africa.

Kenya Seeks $750m W’Bank Loan
Kenya is negotiating with the World Bank for a $750 million loan for budgetary support, documents on the proposed funding posted on the lender’s website showed on Tuesday. The East African nation has multiple development funding programmes, worth billions of dollars, with the Washington-based lender, but the funding bypasses the Treasury and is usually channelled straight into the projects.

If the $750 million loan gets approved, it will be the first time in years the World Bank is putting cash straight into the Treasury to be used at the discretion of the government, said a source with knowledge of the issue. The loan, which comes under the bank’s so-called development policy financing, is designed to support the government’s policy and institutional reforms and help make economic growth more inclusive.

The World Bank declined to comment as the loan has not been approved by its board. Officials at the ministry of finance did not immediately respond to Reuters’ request for comments. Kenya raised $2.1 billion in a sovereign bond this month, but some critics have expressed concerns over the country’s growing debt burden.

There has been a jump in government borrowing since President Uhuru Kenyatta came to power in 2013 – a rise that some politicians and economists say is saddling future generations with too much debt.