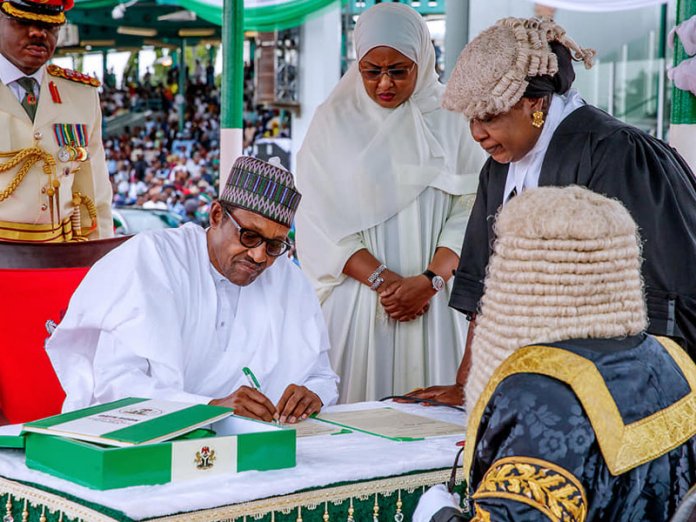 President Muhammadu Buhari and Vice President Yemi Osinabjo were on Wednesday in Abuja, sworn-in for a second term in office by the acting Chief Justice of (CJN), Justice Tanko Muhammad.

The Returning Officer for the 2019 presidential elections, Prof. Mahmood Yakubu, made the declaration.

Buhari, the candidate of the All Progressives Congress (APC) polled 15,191,847 votes to defeat the country’s former Vice President Atiku Abubakar of Peoples Democratic Party (PDP), who had 11,262,978 votes.

Buhari was first inaugurated as President of Nigeria on May 29, 2015, making it the first time in Nigeria’s history that an opposition candidate was taking over from an incumbent President.

The 2019 presidential inauguration, held at the Eagle Square, was heralded by a colourful military parade which in turn recieved the service chiefs, CJN, Vice President and president as they arrived.

Buhari and Osinabjo were accompanied to the event by their wives – Mrs Aisha Buhari and Dolapo Osinbajo respectively.

Soon after the swearing-in, there was the lowering and hoisting of National and Defence flags and 21 gun salutes.

Afterwards, the president inspected the Guard of Honour and acknowledged cheers from the guests.
The event attracted former and serving state governors.

Adams Oshiomhole, the National Chairman of the All Progressives Congress (APC) and other party chieftains were also present(NAN). 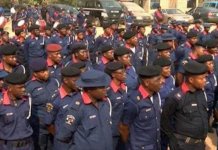