A human rights lawyer and Senior Advocate of Nigeria (SAN), Mr. Femi Falana, has accused the Nigerian Navy of flouting the order of President Muhammadu Buhari to release the 40 Nigerians “illegally detained” by the force.

Falana had earlier urged the president to order the release of 40 Nigerians who have been in “illegal custody” of the navy.

But in a letter written to the National Human Rights Commission (NHRC) at the weekend, Falana said Buhari had ordered the naval authorities to either release the detainees or arraign them but alleged that the force refused to heed the president’s order.

He alleged that in a bid to deceive the president, the navy gave a “false impression” that it had transferred the detainees to the Economic and Financial Crimes Commission (EFCC) for the purpose of charging them with criminal offences.

“We have confirmed that sequel to our petition to President Muhammadu Buhari and the National Human Rights Commission over the prolonged detention of 40 Nigerian citizens without trial, the presidency promptly directed the authorities of the Nigerian Navy to either release the detainees or arraign them in appropriate courts,” the letter read.

“But in a desperate bid to deceive the presidency, the naval authorities gave the false impression that the detainees had been transferred to the EFCC for the purpose of charging them with criminal offences at the Federal High Court.

“It may interest you to know that the 40 suspects purportedly handed over to the EFCC are not among the 40 detainees named in our petition under reference.

“In fact, the naval authorities have since disclosed that the detainees have not been handed over to the EFCC contrary to the clear directive of the presidency.”

Describing the action of the naval authorities as “provocative impunity,” Falana quoted the Chief of Policy and Plans, Naval Headquarters, Rear Admiral Begroy Enyinna Ibe-Ekwo, as saying that the detainees would not be released from “illegal custody.”

The human rights lawyer urged Buhari to call Ibe-Ekwo to order for “making a mockery of the directive of the presidency”.

As a deterrent to other public officers, he also asked the commission to recommend the sanctioning of the Chief of Naval Staff, Vice Admiral Ibok-Ete Ekwe Ibas, to the president for gross infringement of human rights of the detainees. 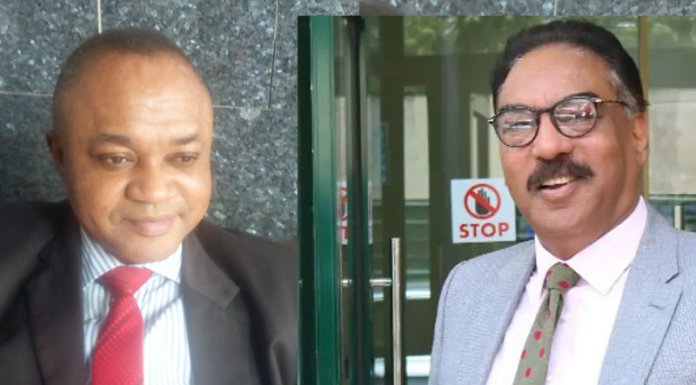