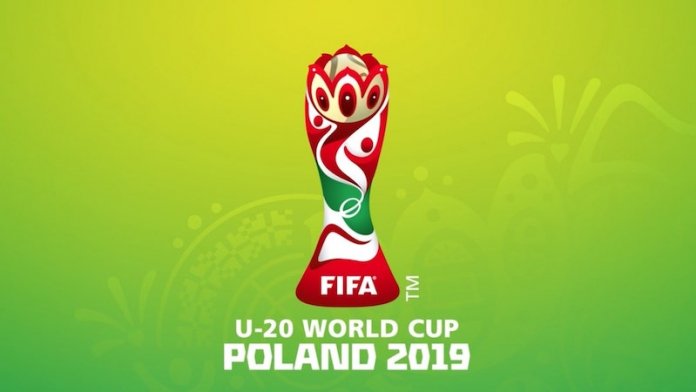 The Flying Eagles’ dream of winning the U-20 World Cup for the first time having been runners up twice (1989 and 2005) started on a splendid note as the Coach Paul Aigbogun tutored players defeated Asian representative Qatar 4-0 to place themselves in a good stead of qualifying for the knockout stages of the competition.

Two goals in each half before a scanty crowd inside the Mjieski Stadium, Tychy, was all the Flying Eagles needed against Qatar in the opening match of Group D of the 2019 FIFA U-20 World Cup in Poland.

Aigbogun sent out presumably his strongest line-up for the tricky clash, with Muhammad Tijani and Henry Offia leading the lines, with Bournemouth’s starlet, Nnamdi Oforboh only good for a bench role.

Maxwell Effiom, one of the most influential players during the team’s last tournament in Niger gave his side the lead 12 minutes into the game when he tapped home after Qatari goalkeeper, Shehab Mamdouh could only parry skipper Ikouwem Utin’s delivery into his path.

The Flying Eagles remained on the ascendancy and doubled their tally before the half hour, Utin the provider yet again showed class after he held off his marker to play in Offia who finished with aplomb.

Qatar did have their chances. Zulkifilu Rabiu catapulted himself across the Tychy turf to make an outstanding block from Yusuf Abdurisag, and Nigeria goalkeeper Olawale Oremade was alert to break up a three-on-one break from which the underdogs should have made more.

Manchester City starlet, Tom Dele-Bashiru however added a third after the break, slotting home a brilliant effort to cap off a scintillating showing in the middle of the park for his side, while defender Aliyu Salawudeen rounded off the scoring in the 74th minute when he stabbed in the fourth from substitute Akor’s header to compound the woes of their opponent.

The teams would return to action on Monday, when Qatar play Ukraine and Nigeria take on USA.