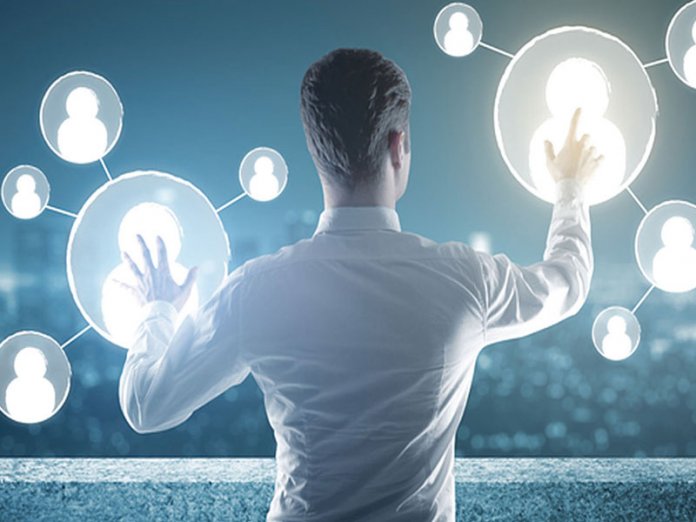 The workplace of the future is undergoing a fundamental transformation because of technological disruption.
This disruption is improving the way tasks are carried out in the workplace and driving efficiency. Organisations and companies are increasing investing in automation and thinking machines to drive innovations, results and keep pace with the ever changing business environment.

According to a study by PwC, the pace of change is accelerating. Competition for the right talent is fierce and talent no longer means the same as 10 years ago.
Furthermore, it pointed out that many of the roles, skills and job titles of tomorrow are unknown today.

The study noted that what the shape the workforce of the future takes would be the result of complex, changing and competing forces.
It further stated that some of these forces are certain, but the speed at which it unfolds can be hard to predict. It added that regulation and laws, the governments that impose those regulations; broad trends in consumer, citizen and worker sentiment would all influence the transition toward an automated workplace, “and the outcome of this battle would determine the future of work in 2030.”

The study explained that: “The megatrends are the tremendous forces reshaping society and with it, the world of work: the economic shifts that are redistributing power, wealth, competition and opportunity around the globe; the disruptive innovations, radical thinking, new business models and resource scarcity that are impacting every sector. Businesses need a clear and meaningful purpose and mandate to attract and retain employees, customers and partners in the decade ahead.
“Automation, robotics and AI are advancing quickly, dramatically changing the nature and number of jobs available. With a few regional exceptions the world’s population is ageing, putting pressure on business, social institutions and economies. Our longer life span will affect business models, talent ambitions and pension costs. Older workers will need to learn new skills and work for longer. ‘re-tooling’ will become the norm.

“By 2030, the UN projects that 4.9 billion people will be urban dwellers and, by 2050, the world’s urban population will have increased by some 72%. Already, many of the largest cities have Gross Domestic Product (GDPs) larger than mid-size countries.
“The rapidly developing nations, particularly those with a large working-age population, that embrace a business ethos, attract investment and improve their education system will gain the most.

“Demand for energy and water is forecast to increase by as much as 40 per cent and 50 per cent respectively by 2030. New types of jobs in alternative energy, new engineering processes, product design and waste management and re-use will need to be created to deal with these needs.”
That was why at the second workshop of Knowledge Exchange Centre (KEC) organised in conjunction with Ford Foundation and the Lagos State Government, the issue of ‘Preparing the Workforce for the Future’ was brought to the fore.

The focus was to create a roadmap on how organisations, employers of labour and employees can prepare for the challenges of the workplace of the future.
The Founder, Knowledge Exchange Centre, (KEC), Charles Nwodo, in his presentation, noted that the career workshop was designed specifically to support job seeking graduates and final year students in institutions of higher learning, employers of labour and agencies of government responsible for employment and labour.

He also said the workshop was an opportunity to have a conversation about what the workplace of the future would be like in the context of socio-development of Nigeria.

Nwodo, explained that the workplace of the future is characterised by certain disruptions, adding that it is unstructured and there is a high context of artificial intelligence or AI machine learning, and others.

According to him, “The disruption brought by technology is not helping grow businesses in the workplace because what is happening is a shift. For instance, more robotics are being deployed to the workplace. There is also an opportunity for those who are supposed to be doing the work of the robot being the ones producing the robots. Therefore people have moved away from doing the work of the robots to actually manufacturing the robots, hence there is a shift in the definition of work and there is also a shift in the content of training and skill that is required to be successful in the workplace.”
In his remarks, the Regional Director, Ford Foundation, West Africa, Innocent Chukwuma, noted that the foundation is committed in preparing young people for the life ahead, adding that the future belongs to the youths.

He also stated that human capital is the most suitable resource any nation can have, not oil, gold or diamond, noting that natural resources faces the problem of depletion, “but well trained and motivated workforce can take any nation to great height and that makes the difference between a first, second and third world.”
According to Chukwuma, “For us as a regional office, if you look at the number one generator of foreign exchange to Nigeria presently is diaspora remittances, in 2018; it amounted to $22 billion whereas if you at this year’s budget, the expected revenue from oil and gas is N12.5 billion which means human capital generates for the oil revenue.

“You also look at how much is Nigeria generating in human capital compared to what Nigeria is investing oil exploration, so that makes the difference, so a workshop like this is important to highlight what needs to be done by the government and young people themselves.

“There is a lot you can say about how much Nigeria has failed its people, how much family has failed you, how much society has failed you, but what you cannot afford to do is to fail yourself and there are things you can do to better prepare yourself for that future. So a workshop like helps to underscore that and also that one of the programmes of ford foundation focuses on the youth because they are the ones we need to pay attention to if we need to have sustainable future.”

On her part, the Permanent Secretary, Ministry of Wealth Creation and Employment, Lagos State, Mrs. Ganiyat Raji, said to be ready for the workplace of the future, there is need for an employee to possess skills relevant for the future of the workplace.

She also noted that there is high unemployment rate in the country, while on the flipside; there are job vacancies in organisations waiting to be occupied by people with the right qualifications and requisite training.
Raji, further noted that preparing the youths for the workplace of the future, requires that a review of the system, adding that the current model of education, career planning, and job searching would shift.

She also stated that considering the dynamism in the global labour market, workers need not wait the shift arising before learning and teaching the new rules of success, this requires the workforce to be proactive and strategic-thinking.
She added: “Preparing for the future work must give recognition to the wave of technological breakthroughs. We cannot fight innovations or disruption, what we can do is to change with time to be relevant.

“Every field is open to revolutionary transformational development. Robotics and Artificial Intelligence (AI) are eating jobs at an alarming rate. Getting ready for the future work challenges in the technological revolution era, workers need to improve their virtual collaboration skills, digital and media literacy, and how to boost inmate creative intelligence skills.

In her remarks, the Executive Secretary, KEC, Maria Glover, noted that the workplace of the future is driving conversation in many quarters because of the major technology disruptions and its impacts on the employment space and business model basically.

“Most of the conversations have been focused on technology, but today we have gathered employers of labours, agencies and public stakeholders and unemployed graduates, to discuss the future of work and how are we preparing ourselves and the workforce for this future,” she noted.
She also stated that though the future cannot be determined, but there is need to look into the future and find out new trends and how has it affected the workplace.

Glover explained that though there is STEM education, but implementation is a major challenge, adding that there is a major skill gap which KEC seeks to bridge through the workshop.
According to her, “We need to have a policy on data, data is the new gold. We need to have a national strategy to see how we can position ourselves to take advantage of major disruptions; one of them is technology, globalisation and migration. Therefore, we need to be proactive rather than being reactive. Government need identify organisation such as ours and partner with us and then let us prepare our young graduates.

“For the graduates, they need to have the right attitude to learn, nobody can determine what the future is, even technology is changing every six months, so you need to be fluid and adaptable, you need to unlearn what you have learnt in the past and open your mind.

“Once, we have a new attitude towards learning; we will never be displaced or left behind in the future of work. So we what we want to do through this conference, is to prepare people who will not be left behind in five or 10years time for the fact that you have a job today, there is no guarantee that you will still have the job in five or times because business models will be changing, there will be fierce competition and when you talk about globalisation, your economy to other companies or businesses to come in.

“Then there is migration, people are going into where they can have access to labour. We need to open our economy for foreign direct investments; we need to make sure that we have a stable economy that can support businesses both local and foreign businesses and we must invest in human capital development.”