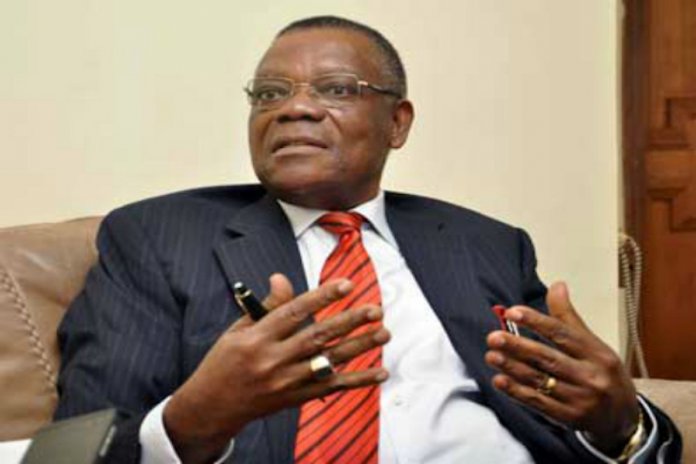 Parties in the suit between Access Bank Plc and former Minister of Petroleum, Chief Don Etiebet, over an unpaid debt yesterday told Justice Mohammed Liman of the Federal High Court in Lagos that they had agreed to settle the dispute out-of-court.

Following the inability of Etiebet to pay the multi billion naira loan owed the bank, the plaintiff, Access Bank, had taken steps to take over the Etiebet Place, a property situated at Mobolaji Bank Anthony Way, Ikeja, Lagos, one of the properties used as collateral to secure the facility.
But the move was resisted by the defendant, Obodex Nigeria Limited, under which name the property was registered.

At the resumed hearing of the matter yesterday before Justice Mohammed Liman, counsel to Access Bank Plc, Obinna Divine, told the court that parties in the dispute are exploring settlement and that the talks had reached an advanced stage.
He then pleaded with the court for a short adjournment for them to come and file their terms settlement before the court and adopt same as judgment of the court.

The defence counsel, E. I. Azuzu Evarastus, confirmed the position of Access Bank’s counsel as the true position of things.

Consequently, the trial judge adjourned the matter till June 4, for adoption of terms of settlement.

Justice Liman had earlier refused Obodex Nigeria Limited’s plea to stay the execution of a December 17, 2018, judgment of Justice Ibrahim Buba, which empowered Access Bank to take over the property.

Access Bank had dragged Obodex Nigeria Limited to court over an alleged indebtedness.

The firm challenged the court jurisdiction to hear the matter.

However, on December 17, 2018, Justice Buba dismissed the objection filed by Obodex Nigeria Limited and ruled in favour of Access Bank.

Pursuant to this, Access Bank took over Etiebet’s Place and appointed Mr. Kunle Ogunba (SAN) as Receiver/ Manager to manage the property towards the recovery of the alleged debt.

Not pleased with the decision of the court Obodex Nigeria Limited under whose name the property, Etiebet ‘s Place is, filed an appeal as well as an application for stay of execution of the judgment.

In the application for stay of execution, filed through its lawyer, Mr Dele Adesina (SAN), Obodex Nigeria Limited sought an order restraining Ogunba and his privies or assignees from “advertising or offering for sale, selling, mortgaging, transferring, alienating or otherwise interfering with the applicant’s equitable right of redemption on the property situated and lying at 21 Mobolaji Bank Anthony Way, Ikeja, Lagos, also known as Etiebet’s House, pending the hearing and final determination of the applicant’s appeals.”

But Access Bank, through Ogunba, opposed Obodex’s application for stay of execution.

However, Justice Liman in his ruling, had refused to stop the bank from taking over the property.

The manufacturing Purchasing Managers’ Index (PMI) stood at 57.8 index points in May.

The development indicated an expansion in the manufacturing sector for the 26th consecutive month, the Central Bank of Nigeria disclosed in its PMI report for May that was posted on its website.

The index grew at a faster rate when compared to the index in the previous month.

Also, at 59.1 points, the production level index for the manufacturing sector grew for the 27th consecutive month in May 2019. The index indicated a faster growth in the current month, when compared to its level in the month of April 2019.

In all, 11 of the 14 manufacturing sub-sectors recorded increased production level, while three recorded decline.

At 56.9 points, the new orders index grew for the 26th consecutive month, indicating increase in new orders in May 2019.