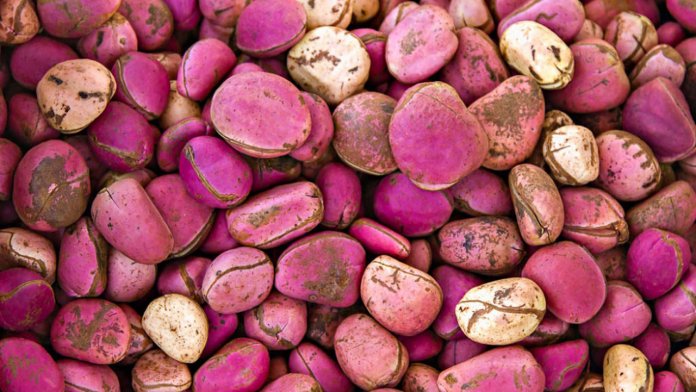 Ogun State Government has distributed 5,000 improved Kolanut seedlings to farmers across the state. The move was part of effort to upscale the production of the produce in the state.

Speaking at the inauguration ceremony, the Permanent Secretary, Ministry of Agriculture, Mrs. Abosede Ogunleye, said the upscaling is necessary as many Kolanut trees are not only old to bear fruits but have very low yield potentials.

She added that the promotion of the seedling was a collaboration between the Ogun State Government and the Raw Material Research and Development Council, which would ensure that beneficiaries are trained and monitored for optimum Kolanut production which will in turn improve farmer’s welfare.

Earlier, the Director General of the Raw Materials and Research Development Council, Professor Hamid Ibrahim, said the collaboration between his organisation and the Ogun State Government through the Ministry of Agriculture was to promote sustainable production of Kolanut in the state as well as stimulate investment opportunity in the entire Kolanut value chain. Speaking on behalf of the beneficiaries, the chairman, Kolanut and Bitter Kola Association of Nigeria, Ogun State branch, Mr. Segun Soyola, thanked the state government for the kind gesture adding that it will attract younger farmers to their fold.