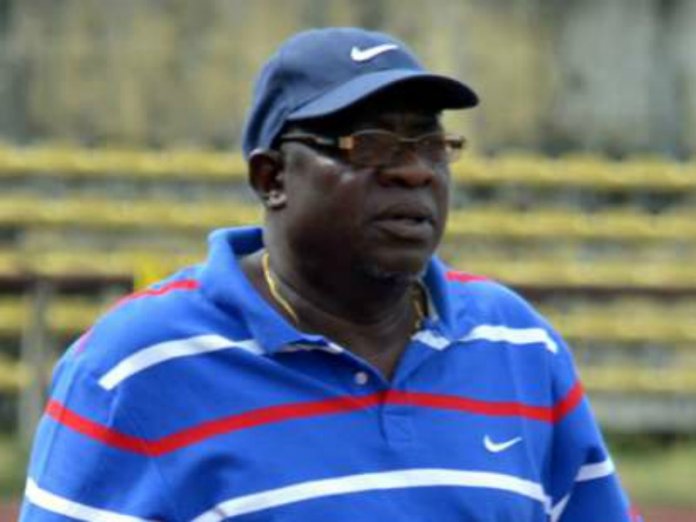 Chairman of the League Management Company (LMC), Shehu Dikko, who announced the decision, described the news of the passage of the Lobi Stars Coach as “a grave loss to the league and hundreds of players he trained in over two decades of his career as football coach in our league”.

Ogbeide reportedly slumped and died Monday morning shortly after complaining of feeling unwell in Makurdi, hours before their last home fixture of the season.

Dikko said the LMC would go to lengths to honour those who have contributed in any capacity to the development of the league.

“In addition to the black armbands, a minute silence will be observed before kickoff at all the match venues in honour of the veteran coach,” Dikko stated.

“Our thoughts are with his immediate family, with players and staff of Lobi Stars and with all the players he impacted their careers”, the LMC Boss continued.

The late Coach guided Lobi Stars to the group stage of this year’s CAF Champions League after the club was declared winner of the 2017/18 NPFL. He joined the club in 2017 and has prior to then had worked with Julius Berger, the defunct Nigerdock, Warri Wolves and Sunshine Stars amongst others.

Similarly, the Nigeria Football Federation has expressed deep shock over the death of the coach of Lobi Stars.

“We are heartbroken about the death of Coach Solomon Ogbeide. Words are inadequate to describe the sense of loss. There was no doubt that he was among the very best in the country and even on the African continent, having led Lobi Stars to the group stage of this year’s CAF Champions League competition.

“Our hearts go out to Lobi Stars Football Club and its management and staff, the Nigeria Football Coaches Association and the immediate family of Coach Ogbeide,” NFF General Secretary, Dr. Mohammed Sanusi, said on Tuesday.

“We pray that Almighty God will grant his soul peaceful rest and grant those he has left behind the fortitude to bear the loss,” Sanusi added.