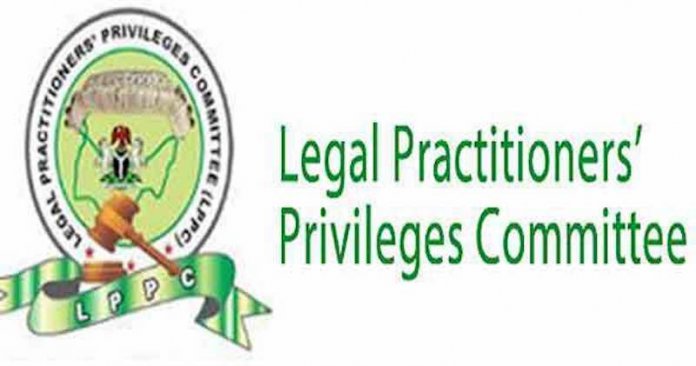 The Legal Practitioners’ Privileges Committee (LPPC) has released the names of 80 lawyers it is considering for the conferment of the award of Senior Advocate of Nigeria (SAN) for this year.

Among the 80 shortlisted lawyers was Lagos-based activist lawyer, Mr. Ebun-Olu Adegboruwa, and 13 professors, who are being considered for the award under the academic category.

In an advertorial signed by the LPPC Secretary/Chief Registrar of the Supreme Court, Hadizatu Mustapha, the body said the 80 shortlisted lawyers had scaled through the “first and second advocates’ filtration, academic pre-qualification exercise and the appeal process, preparatory to the award of SAN for the year 2019.”

Mustapha said the general public was at liberty to comment on the integrity and reputation of the shortlisted candidates.

“Any complaint(s) presented to the Legal Practitioners’ Privileges Committee must be accompanied with verifying affidavit deposed to before a court of record in Nigeria.

“Ten copies of such comments or complaints must be submitted at the office of the Secretary, Legal Practitioners’ Privileges Committee, at the Supreme Court of Nigeria Complex, Abuja, not later than 4:00 p.m. on Monday, 17th June, 2019,” she said.