Rebecca Ejifoma writes that for pensioners in Edo State, it’s a new lease of life as the government has not just systematically cleared backlog of pension arrears that piled up in the past two decades, but has gone a step further to create an efficient  management process to prevent pilling up arrears in the future

On May 1, 2019, workers in Edo State marched out to mark the 2019 Workers Day at the University of Benin Sports Complex, filling the complex at the ivory tower with bright colours and laughter. The mood was jubilant, workers were unmistakably elated to have another Day dedicated to their sweat and turmoil for God and country.

But one of the most striking displays that day was the dress code of pensioners at the event. The aged pensioners were robed in white, shining brightly as angels. Their apparel showed their mood, as they smiled and exchanged banters.

The bright faces by the pensioners is a reflection of the far-reaching reforms of the Governor Godwin Obaseki-led government in Edo State, through which the government has systematically cleared backlog of pension arrears that piled up in the past two decades. The governor divided the pensioners into batches and ensured that the backlog was cleared methodologically after due confirmation.

Those in active service have been migrated to the Contributory Pension Scheme and are entitled to Group Life Insurance, ensuring that their families do not suffer in the event of their demise. Also, N200 million is set aside every month to defray the pension arrears, a trend the Obaseki-led government has sustained ever since.

This is cast against the backdrop of what obtained in the past when pensioners wore long, forlorn faces, draped in black and cried unconsolably about their bitter experience with successive governments, when they celebrated Workers’ Day. In those days, weeping pensioners were regular visitors to the Kings Square where they congregated in protest of unpaid pension.

But all these are in the past, as pensioners in Edo State portrayed on May 1. Not only do recent retirees get their pension as and when due, those who have retired long ago are now assured of their arrears, as the government has paid up to the 50th batch, a testament to the sincerity of the government’s commitment to their welfare.

Speaking at the parade in UNIBEN, State Chairman of Nigeria Union of Pensioners, Mr. Egbon Osamwonyi said all the promises made by the governor concerning pension payments have been fulfilled. He said they wore white cloths to the May Day rally to thank Governor Obaseki and tell the world they are now happy.

He said: “Our issues are being looked into. Many of our members have been paid and others have been captured. The governor is living up to his promise. He has done what many others could not do.”

On his part, Chairman of the Edo State Chapter of the Nigeria Labour Congress (NLC), Comrade Sunday Osayande, commended the governor for seeing to the welfare of the workers and retirees, also making reference to the white robe worn by pensioners.

According to him, “we also commend Obaseki for the infrastructural development in the state especially on the construction of roads across the state. Thank you for the prompt payment of workers’ salaries, payment of pension arrears, as pensioners are smiling today. Before, they wore black to this commemoration, but today they are on white, showing that the governor has made them happy.

Obaseki kickstarted the turnaround with the inauguration in December 2017 of the Ad-Hoc Committee on Pension Management chaired by Mr Saylor Juwobor, to supervise modalities for clearing pension arrears accumulated from 1996 to 2000 and thereafter, and also ensure migration of public servants to the Contributory Pension Scheme.

At the inauguration, Obaseki reiterated his commitment to clearing the arrears, noting, “we cannot solve all the problems of pensioners in one day. This problem accumulated for a long time. As a government, we are committed to resolving all pension-related problems”.

He assured civil servants that pension payment will not be delayed when they retire, urging them they ensure to start documentation for pensions six months to their retirement.

He said the setting up of the committee is in accordance with the provisions contained in section 17 sub-section 3 of the Pension Act, adding “the committee is meant to supervise and ensure effective administration of the contributory pension scheme in the public service.

Commissioner for Local Government and Community Affairs, Hon. Jimoh Ijegbai, speaking after the governor approved N843m for settling pension payment early this year, said that the state government has paid almost N5.5bn to pensioners between 2018 and 2019.

According to him, “this recent approval of N843, 324, 509.46 is a further demonstration of the commitment of the Obaseki-led administration in Edo State to ensure that all arrears of pension are cleared. In 2018, on a monthly basis, we were using N264 million to pay pensioners and at the close of December, we paid pensioners to the tune of N3.168billion. If you add this to the N1.5 billion that we paid in June last year and this recent approval of N843, 324, 509.46 that we are paying today, it will bring the total amount used in paying pensioners for one year to N5, 511,324, 509.46.”

Permanent Secretary and Chairman, Pension Bureau, Mr. Saylor Juwobor, call on pensioners to present themselves for physical and documentary verification at the Imaguero Hall, Benin City, at a stipulated date and time. Previous batches who fail to participate in preceding verification exercises are urged to partake in newly scheduled screenings to ensure no one is left out.

Upon conclusion of the verification exercise, the outstanding pension arrears of those screened are credited into the pension account of each pensioner after necessary documentation by relevant agencies involved in the payment process.

The Contributory Pension Scheme has taken full effect in Edo State, creating an efficient pension management regime which provides adequate welfare for retired workers and ensures the state doesn’t run the risk of pilling up pension arrears in future.

The state government has made impressive progress in pension reforms among its peers in the country, for which it ranks highly in the books of the National Pension Commission (NPC).

One of the features of the pension reforms in the state is the Group Life Insurance Scheme, which ensures that deceased workers’ families are taken care of with a lump sum payment for their upkeep.

Presenting cheques to some of the families of deceased workers in the state, in July last year, at the Government House, in Benin City, Governor Obaseki, said the presentation of cheques to the next of kin to deceased civil servants with the State Civil Service Commission is history being recorded during his administration.

“When this government came into power, I promised that we will not leave the pension scheme the way we met it. When we came into office, we assured Edo people that all issues relating to pension are going to be resolved. Those who do not believe that our government is working will now know that we mean well for our people and those who served the state,” the governor said.

Explaining how the amount paid to the families are arrived at, the State Head of Service (HoS), Mr. Isaac Ehiozuwa said the Contributory Pension Scheme provides that 300 per cent of the deceased’s salary be paid to his or her family, adding, “today, we have eight beneficiaries to receive cheques and this is the third time we are doing this”. 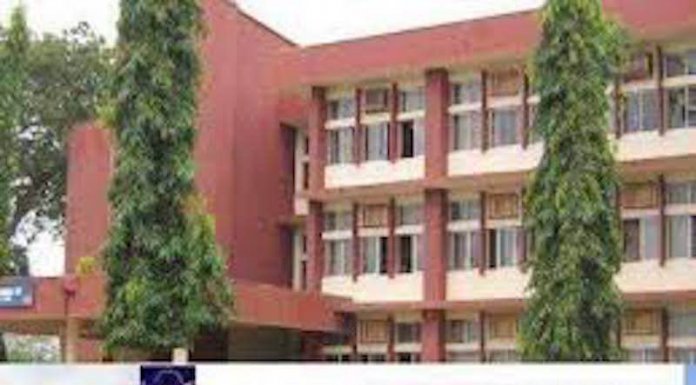