By Davidson Iriekpen in Lagos and Onyebuchi Ezigbo in Abuja

The 36 states governors in the country under the aegis of the Nigeria Governors’ Forum (NGF) have appealed to President Muhammadu Buhari to call the Nigerian Financial Intelligence Unit (NFIU) to order over its decision to prevent them from overseeing local government funds.

The governors in a letter addressed to Buhari, urged him to warn the agency not to dabble into a matter that is beyond its mandate.

The Chairman of NGF and Governor of Zamfara State, Alhaji Abdulaziz Yari, who signed the letter on behalf of the governors, expressed “dismay and anger at this brazen attempt by the NFIU to ridicule our collective integrity and show total disregard for the Constitution of the Federal Republic of Nigeria (1999) as amended.”

The NFIU, which was excised from the Economic and Financial Crimes Commission (EFCC), had set June 1, 2019 as the take-off date of the new order, making it compulsory for all local government allocations to go straight to their respective bank accounts.

The decision was contained in a guideline released by the NFIU after a lengthy meeting with officials of commercial banks in Abuja.

But in a swift reaction, the NGF letter titled: “Re: NFIU Enforcement and Guidelines to Reduce Crime Vulnerabilities Created by Cash Withdrawal from Local Government Funds Throughout Nigeria Effective June 1, 2019,” drew the attention of the president to section (6) (a) and (b), which confers on state Houses of Assembly and National Assembly the powers to make provisions for statutory allocation of public revenue to the local councils in the federation and within the states respectively.

The NGF chairman emphasised that the NFIU Act 2018 did not give the body the powers that it seeks to exercise in the guidelines and is therefore acting in excess of its powers and by so doing, adding that the agency exhibits complete disregard of the Constitution of Nigeria.

He further accused the NFIU of “stoking mischief and also deliberately seeking to cause disaffection, chaos and overheat the polity.”

The NGF said that local government councils are a creation of the constitution and are not financial institutions.

The governors added that local governments are not reporting entities and are therefore not under the NFIU in the manner contemplated by the agency’s so-called guidelines.

The governors said: “In principle, the NFIU should concentrate on its core mandate of anti-money laundering (AML) activities and combating financing terrorism (CTF) as prescribed in the Act establishing it and should desist from encroaching on or even breaching constitutional provisions.

“The NFIU is the Nigerian arm of the global Financial Intelligence Units (FIUs) once domiciled within the EFCC but now for the purpose of institutional location domiciled in the Central Bank of Nigeria. This means the NFIU is only mandated to trace or track laundered money that finds its way into terrorism financing and report such to the nation’s security agencies.

“The NFIU should seek to comply with those standards on combating money laundering and financing of terrorism and its proliferation as stipulated and not dabble into matters that are both constitutional and beyond NFIU purview.” 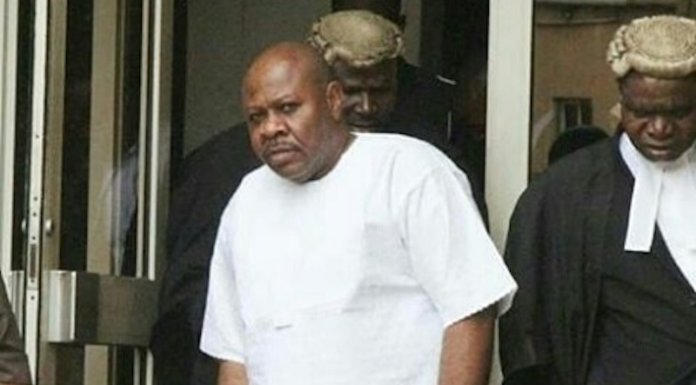