A recent allegation of financial malfeasance against the Central Bank of Nigeria Governor, Godwin Emefiele by a self-styled whistle-blower, George Uboh, has raised concerns about sincere whistleblowing and sheer blackmail, writes Bayo Akinloye

George Uboh is not unknown by the United States of America’s government in his heyday as an accused fraudster, who was said to have once cooled his heels for nine years in a US prison. Back home in Nigeria, he had also been reportedly convicted for another crime. Today, again, Uboh is in the news, also for the wrong reasons.

Not a few believed his allegation against the Governor of the Central Bank of Nigeria (CBN), Godwin Emefiele, came at an inauspicious time, when the country’s ruling party – the All Progressives Congress – and the major opposition party – the Peoples Democratic Party – easily agreed on the choice of Emefiele to do a second term in office as a CBN governor. The appointment was considered historic in itself being the first time in the country’s democracy that a CBN governor would be re-nominated for another term.

It is therefore imperative to imagine the excitement in the camp of Emefiele, who has had the onerous tasks of keeping the country solvent. Perhaps, CBN officials must be in a party mood – except for one party pooper.

Then enter Uboh, the Chairman of the George Uboh Whistleblowers Network (GUWN).
In a May 9, 2019 press statement, Uboh had impugned the character of the CBN governor, accusing him of being responsible for a missing $2.5 billion – an amount so staggering that it had stirred serious controversy in the polity.

The GUWN chair said the public statement was made, because Emefiele did not reply to his allegation that he did not remit the money to the TSA, adding: “I call on all security agencies in Nigeria, in a joint effort, to arrest Emefiele within 72 hours.”
Uboh’s past seems intricately intertwined with his present and perhaps, future. Today, he’s being held by the Department of State Services. In the past, he was a felon in the United States and in Nigeria. The self-styled whistle-blower is seen by some as “a blackmailer in disguise”, accusing him of demanding money from his “preys” and “potential victims”.

One of his prominent preys in the past was Ibrahim Lamorde, then acting chairman of the Economic and Financial Crimes Commission (EFCC).

In a twist of fate, Uboh was the one swiftly arrested by security operatives. Why would a whistle-blower making such an allegation be taken into custody by a security agency? A peek into the past of the GUWN leader may offer an explanation.

A group, Youth Coalition Against Financial Crime (YCAFC), during the week had warned the public about Uboh, saying he “served 9 years in federal prison in America for credit card fraud in 1992 and was indicted for drug trafficking in Atlanta, Georgia, USA. He was also convicted for stealing assets belonging to the Police Equipment Foundation (PEF) in Abuja in 2016.

The YCAFC is not far from the truth signposting why many people and organisations – even Emefiele’s employer – the federal government and his staunch supporter, President Muhammadu Buhari see the current CBN governor as the perfect fit.

Described by the EFCC as a “serial fraudster”, Uboh had once sensationally accused the commission of diverting proceeds of recovered assets. In the heat of that accusation, he was convicted and sentenced to three years imprisonment by Justice S. E. Aladetoyinbo of the Federal Capital Territory High Court Abuja, for his role in converting the property of the defunct PEF to his own use.

Uboh was arraigned by the EFCC on a three-count charge which bordered on criminal breach of trust involving the sale of PEF vehicles and allegedly abused his position as the former Head of Security and Communication Department, PEF, to convert the properties of the foundation to his personal use in 2007 – carting away six units of operational vehicles.

Even though he pleaded not guilty, claiming that the then National Coordinator of PEF, Kenny Martins, gave him the vehicles to offset the debt owed him by the foundation, he also admitted in the court that he did not have any evidence of transfer of ownership of the vehicles from PEF.

“I know the vehicles belong to PEF. But it was to offset the debt owed me. The Hilux pickup vans are four and not five.” With his conviction, “Uboh who runs a company called Panic Alert Security System (PASS), completes a double as a certified fraudster having previously been convicted of wire fraud in the United States”, the EFCC had said.

Uboh was prosecuted after the US law enforcement agents carried out a major raid on a credit card and bank fraud ring led by Uboh in Georgia in 1992. He came out of jail on January 16, 2001. Fifteen years after, he was back in jail – in Nigeria.

Considered a dangerous con, Uboh has always hidden his criminal records even at a time to the federal government leading to his being engaged as a recovery agent of national assets. But in the end, the contract signed with him by the Buhari-led government was revoked.

“When Mr. George Uboh offered his services to act as a recovery agent for the federal government, he did not formally declare that he was a convict in the US associated with credit card fraud,” the Attorney General of the Federation, Abubakar Malami, had told PREMIUM TIMES, citing that as reason for revoking Uboh’s contract.

The GUWN boss had, however, claimed that he obtained a mandate to trace, recover and remit federal government’s funds that are allegedly trapped in Nigerian banks.

According to him, he was able to trace N324 billion instead of following up to recover the money, Uboh said the minister terminated his contract.

“While I am not against the revocation of my mandate, I am concerned that while President Muhammadu Buhari is busy travelling around the world tracing stolen wealth, his minister is not interested in recovering stolen monies stashed in various Nigerian banks which can be easily recovered,” Uboh had told journalists.

But Malami noted that Uboh could not be trusted, because he went beyond the bounds of his contract.
“I hereby revoke the Letter of Engagement issued to your firm under my hands on 9 February 2016,” Malami told Uboh in a letter and “direct that you refrain from taking any further action in respect of the said letter henceforth.”

To Uboh, the chink in his shiny armour is the contraption of his enemies, especially those in the government.
At a workshop, he had told his audience: “I was engaged to trace federal government funds trapped in financial institutions after the EFCC/Lamorde debacle. Within 27 days, between February and March, 2016, I traced N324 billion while the federal government traced N117 billion in one year.

“When I asked for my five per cent fee as clearly stated in my letter of engagement, I was labelled an ex-convict and detained on June 7, 2016, for 17 days by the Department of State Services.”

Uboh claimed he was labelled “an ex-convict” but refused to admit he was actually one, because according to him, he started his whistle-blowing “quest” in 2013 and represented Bayelsa State against the EFCC.

“After EFCC had meetings with me with a promise to pay Bayelsa the monies they stole from Bayelsa through me, EFCC reneged, turned around to intimidate the Bayelsa governor, who revoked my engagement,” Uboh alleged.

He went on to declare that he was actively involved in whistle-blowing during the PDP era and that he has been blowing the whistle during APC era.

With his latest arrest, it is not clear what the security authorities intend to do with Uboh. 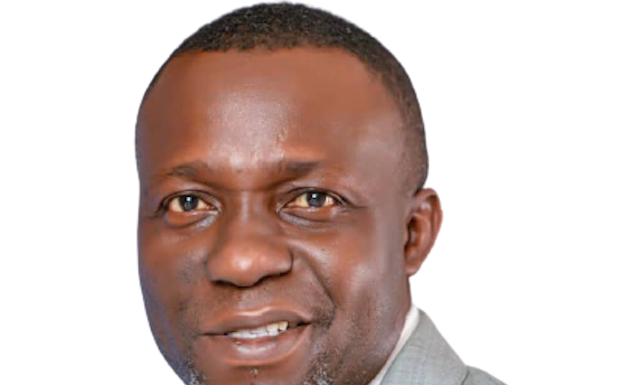