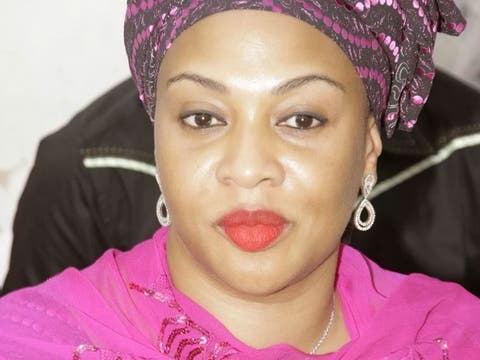 If feelers seeping out from the Kwara State chapter of the ruling All Progressives Congress is anything to go, there is a titanic battle currently ongoing between two of the state’s prominent people in what amounts to a straight shoot-out for control of the local chapter of the APC. Both camps have started beating the war drums ahead of the impending inauguration of the new administration.

In one corner with her followers stands Gbemisola Saraki, daughter of the late strongman of Kwara politics and second republic lawmaker Olusola Saraki. In the other corner is long-serving APC stalwart and former national Publicity Secretary of the party Alhaji Lai Mohammed.

Like two elites athletes who have set their sights firmly on the finish line, Gbemi Saraki and Lai Mohammed are eyeing the ministerial slot for Kwara in President Muhammadu Buhari’s second term. While Gbemi is aiming to take her first bite of the ministerial apple, Lai Mohammed, the current minister of information and culture, is bidding to retain his position.

Over recent weeks, Gbemi has been on a charm offensive, trying to rally prominent Kwarans under the APC flag to her cause. She is also allegedly in contact with top APC officials at the national level. She is leaving no stone unturned to secure what she regards as just rewards for the herculean efforts she expended to unseat her blood brother and outgoing Senate president Bukola Saraki from his perch atop the Kwara political totem pole.

Expectedly, Lai Mohammed is not taking her recent moves lying down. They have been telling whoever cared to listen that Gbemi cannot match Lai in terms of loyalty or contributions to the cause. Lai Mohammed, they opined, has been a staunch loyalist who stayed in the APC under its various guises, unlike Gbemi who is a relative newbie having only decamped in 2015. They also pointed out how Mohammed has done a yeoman’s job in his post and right from when he was the chief publicist for the APC.

As the battle heats up, Gbemi and Mohammed are banking on their respective networks at the national level to gain the upper hand. Gbemi is said to have wormed her way into the heart of the APC national chairman comrade Adams Oshiomhole such that he always consults her before making any important decision that affects the party in Kwara.

On the other hand, Alhaji Lai Mohammed is the designated leader of the party in the state and can count on the loyalty of much of the rank and file, despite Gbemi’s recent moves to win them over. He is also said to be very close to Asiwaju Bola Ahmed Tinubu. In fact, he served as Tinubu’s Chief of Staff during his first term as Lagos governor.

With the die cast and the stage set, all eyes are now on President Muhammadu Buhari and his advisers to see which of the two titans of Kwara politics gets the nod to represent the state as a primary minister in the 2019-23 executive cabinet.