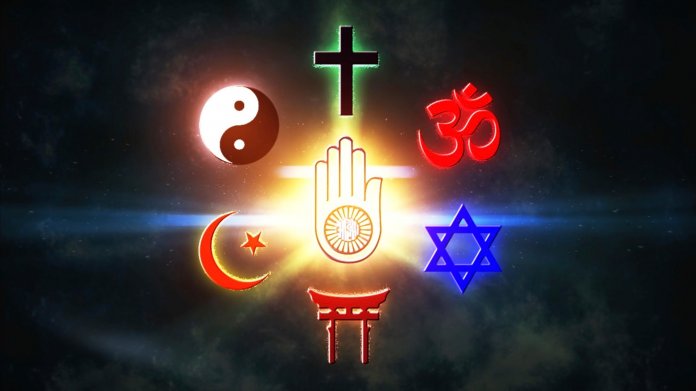 Religious concept is a dogmatic philosophy. It is a body of teachings and prescribed norms in supplication and worship of the heavenly commander and unquestionable questioner. It also defines human – nature relationship and individuals’ duty in the society. Religion doesn’t give room for questioning, verification and selection. A religious adherent is bound to utterly comply with the doctrines guiding their religion. The philosophy revolving every religion has found itself entangled in controversial scope with the modern development in science, arts and humanity.

Modern scientific experiments and renaissance literature have unravelled certain sense of mystery, transcendence and intricacy which exclusive understanding was initially credited to God. The whole discovery has posed longstanding challenge to the theological concept. Many people regarded religion as a machinery invented for enslavement. The principles guiding the philosophy are referred to conjectures employed in establishing obedience to the clergymen who in turn manipulated and bargained people’s submission for pecuniary gains.

Though religion is regarded in some quarters as sophisticated weapon for mental slavery, the theological story, teachings and principles in various scriptures have vitiated the notion. Virtually all the prophets and their contemporary disciples contributed gigantically in both human and communal advancement. The prophets were servant leaders whose unprecedented sacrifice sought towards their followers’ growth. They exemplified and advocated for love, humility, justice and equity amidst their followers.

In the book of John, chapter 15 : 12 -13, Jesus Christ posited that the greater love is to lay down one’s life for one’s friends. Galatians 3 : 28 stated that there is neither Jew nor Greek, there is neither slave nor free man, there is neither male nor female; for you are all one in Christ Jesus. Proverbs 29 :  7, the righteous care about justice for the poor, but the wicked have no such concern. Amos 5 : 24 stated that justice should roll on like a river, righteousness like a never – falling stream. Titus 3 : 2 ; to malign no one, to be peaceable, gentle, showing every consideration for all men.

Islam as well advocates for the aforementioned attributes. Quran 57 : 25 goes thus ; “we sent our messengers with clear signs and sent down with them the Book and the measure in order to establish justice among the people.” Similarly, Quran 4 : 135 advocates for justice even “if it be against yourselves, your parents, and your relatives, or whether it is against the rich or the poor.” Quran 60 ; 8 encourages muslims to be compassionate to non – muslims. It only advocates fight against the people who stage war against the muslims or attempt to evict them from their homes. In Sahih Bukhari 13; it is stated that a muslim can’t have faith until he loves for his brother or his neighbour what he loves for himself.

The people who don’t believe in the existence of God or validity of religious concept might challenge the authenticity of the various scriptural teachings. But every religious adherent is obliged to fully comply with those teachings without any hesitation. Religion would not have been regarded as a weapon for slavery if its teachings were appropriately embraced. Unfortunately, the religious institution has not only been manipulated but also commercialized by the religious leaders. The priests are leaving flamboyantly while their followers are languishing in poverty. The numerical strength of each congregation becomes a negotiating tool between the religious leaders and political elite. There have been total disregards to religious tenets. Religion is not a scam but the Nigerian religious leaders.