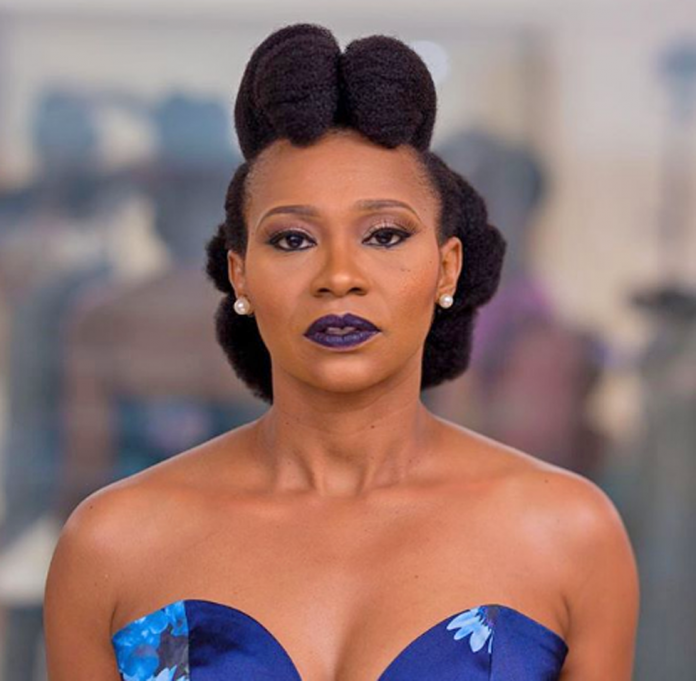 In a society where motherhood and womanhood are inevitably linked, stigmatisation of infertile women is not uncommon. Nollywood diva, Nse Ikpe Etim, is a victim of such stigmatisation, having been married for more than six years without an issue. The exceptionally talented artiste, 44, poured her heart out at the May edition of her programme, “Conversation with Nse,” as she revealed shocking but yet instructive details about why she may never be able to have a child .

In her narratives, which were conveyed in a mixed display of confidence and emotions, the actress hinted that she was diagnosed with Adenomyosis (a gynaelogical medical condition in which the inner lining of the uterus breaks through the muscle wall of the uterus).

Baring it, she said, “I was told I couldn’t have kids. And so, I had to have a hysterectomy (removal of the uterus) to make me have a life again and to stop going through what I was going through. And I’m literally telling women and men, it really doesn’t matter if you can’t bear children. What really matters is what you would do for the world, for the universe.”

She added that that the world seemed over when the news was broken to her three years ago, but her hope gathered strength with her husband by her side. As a result of this condition, the Akwa Ibom born star disclosed further that she ran into depression, which she says was particularly fueled by the society and social media passes, but she soon got over it. She said, “I didn’t think there was any point anymore because my society taught me that I have to be a mother to be appreciated and every time I went online, I would have one troll or two say ‘you never born? But I’m thankful that that didn’t break me. I’m thankful for Nollywood.”

Nse’s confession has not stopped attracting consolations and hope-rekindling words from fans, including colleagues, especially that she was unreservedly bold enough to share her intimate secret, be that as it may, her action is still shocking  to as many as possible who feel such personal details should be kept private.

But according to her in a conversation with BBC pidgin, she finds it expedient to let it out in order to call naysayers to order. She said: “Some pressure wey we dey get, na we dey carry am on top our self: some people will say, ‘e be like say na waka wey she dey waka no let her born, e be like say she don comot belle plenty times, na e no makam born’. You sef go sidon, try different things because society dey worry you for pikin, then you go come go kill yourself.

“My choice was to pick life over a child that I might not have to bear full term, so I had to go by doctor’s advice to get rid of my womb. I think I get tired on people passing side comment and thinking it was okay to pass such comment on my page which is my space. I can’t know and I couldn’t even know that one day I will be able to talk about it, I’d thought I would die with it, I thought it will be my secret and will  tell people.

“You could actually face your fears and conquer them at the same time and that’s what I choose to do and I wanted to do it with people who were more exposed to pressures not people who had perfect lives because social media come with its own pressure. To women, just do what will make you happy, don’t do it because people will look at you and say that you are a woman, nothing says if you have a child, then you are a woman.”

Although, Nse’s case is not unfamiliar, her disclosure has succeeded in bringing light to many lives and much more, a solace to many others found in her situation and perhaps, effect a societal change where women would be glorified in their circumstances.

The University of Calabar alumni has continued to live her life and refuses to be weighed on by life’s confrontation. She once said in an interview of her offstage life and beauty routine: “I read, cook and enjoy the spa treatment, sometimes, all I do is put my feet up, relax and I feel great. I try to eat right; I love good food and exercise daily.”

Indeed! A peep into her life via her Instagram page did not negate her comments above as she continues to relish womanhood in her own way.

When ordinarily, people had envisaged for her a rough marital  journey , especially with the presence of her step son, Jarmaine Sule, Nse’s marriage to her lecturer husband has been quite inspiring.

In one of her posts that stole  the heart of her fans, she wrote after she threw  a shirtless picture of her husband to the net “Falling in love is the easiest part but keeping it is the task…#mancrusheveryday#keepthemclose#loveyou#thursdate#pilates#missingyou meanwhile if he ever knows I put this out he will kill me! Hahaha.”

On the career lane, this thespian has not stopped blazing the trail since she got a taste of the movie industry in 2007. After her major breakthrough in ‘reloaded,’ a film produced by Emem Isong, she has since featured in scores of block buster movie with many awards to crown her expertise.