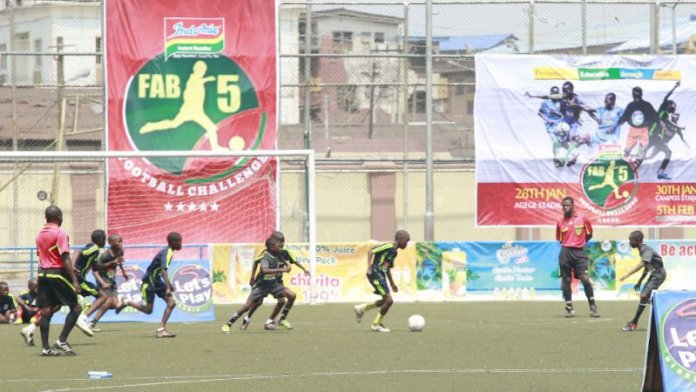 The 6th edition the Fab-5 Football Challenge tagged ‘The Evolution Series’ is back with a big bang. According to the

Project Director, Dare Amokeodo, the Fab-5 Football Challenge has witnessed rapid growth and acceptance since its inception in 2012. Amokeodo, who explained that over 650 primary schools have featured in the football event, said the competition which started with public primary schools would include Junior Secondary and Private Schools categories.

According him, the competition, correlates with the children’s- day celebration, said the two-day bumper-packed grand finale is coming up on May 31and June1.

While commending the State Universal Basic Education Board, SUBEB, Lagos State Sports Commission, LSSC, and Barca Academy, Lagos, Amokeodo, said the programme had recorded a huge success based on the unflinching support from their reputable partners which stood firmly in helping to produce Nigeria’s future stars.

editor - January 22, 2021 12:59 am
5
DIALOGUE WITH NIGERIA BY AKIN OSUNTOKUN Critics of the 1999 transition to civil democratic rule programme make the pertinent point that it amounted to walking...