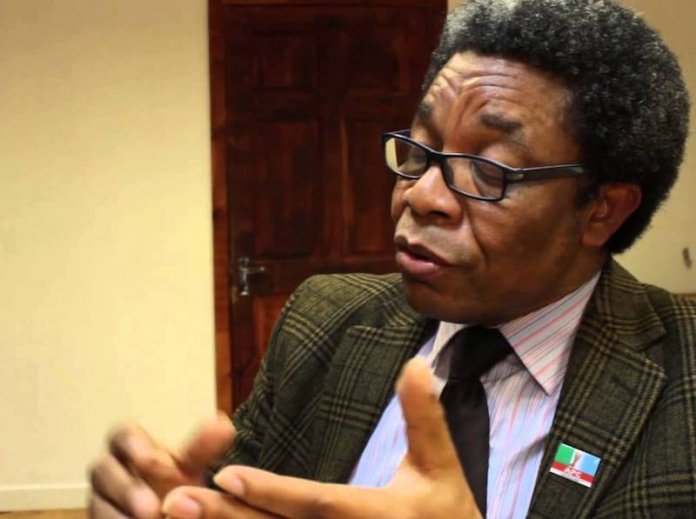 A United Kingdom-based group, Arise-Nigeria, has commended President Muhammadu Buhari over the reappointment of Godwin Emefiele as Governor of Central Bank of Nigeria.

It described it as an apt demonstration by the President that as a leader of Nigeria, he was only infatuated with the idea of performing and patriotic Nigerians, regardless of which part of the country they hail from.

According to a statement jointly signed by its President, Philip Idaewor, and Secretary, Charles Eze, the group averred that Buhari was no doubt consolidating on milestones on economy and security to build a giant and stronger Nigeria.

The group said, “The re-appointment of Mr. Godwin Emefiele as the CBN Governor shows how much Mr. President intends to see the fast growth of Nigeria’s economy in the post-recession era and the sustenance of its stability; just as much as he craves to put the security of the nation uppermost on his agenda.

“President Muhammadu Buhari has pleasantly surprised Nigerians and his critics, particularly the anti-Buhari campaigners with the reappointment of Governor of the Central Bank of Nigeria (CBN), Mr. Godwin Emefiele for another term of five years.

“I dare say, in the history of the Nigeria’s apex bank, Emefiele has set the record as the first head of CBN to have his appointment renewed after the expiration of his statutory first tenure, since the country returned to democracy in 1999. It is an exciting achievement and a loud statement about his proficiency on the job.

“But equally very important, the decision to retain Emefiele as CBN Governor has portrayed President Buhari as an impartial and neutral leader, who is only interested and indeed, recognizes merit and hard work in his appointments rather than sentiments.

“His action has shamed and silenced his critics who mendaciously propagate and ascribe his leadership persona as influenced by sectional, tribalistic and religious biases.

“It gladdens our heart that Mr. President’s action has cemented the broken conscience of our nation. And it has pricked our conscience and challenged us to reciprocate it by remaining united in communality for the peace, progress and development of our country.”