The Central Bank of Nigeria (CBN) in collaboration with the federal government is currently developing an initiative that will bring about a friendlier foreign exchange (forex) regime in the country, the Executive Secretary/CEO, Nigeria Investment Promotion Commission (NIPC), Ms. Yewande Sadiku, has said.

The NIPC boss, who stated this while responding to a question at Renaissance Capital’s 10th Annual Pan-Africa 1:1 Investor Conference, held in Lagos, yesterday, however, declined to give further details on the initiative, saying talks on the matter were still at an early stage.

When pressed for further comments on the proposed initiative, Sadiku said the CBN would at the appropriate time give further details.

She pointed out that from the federal government’s policy perspective, the preference was that forex rate in the country should be market-determined.

She said the Investors’ & Exporters’ forex window helped in enhancing investor confidence as well as in attracting significant inflows to the country.

Sadiku explained: “We are actually working now on another initiative that is aimed at resulting in a much friendlier forex regime. The government’s intention is market-determined and we hope to achieve that sooner, rather than later.”

The move, according to her, was to ensure that the country remains an attractive investment destination.

She explained further: “That is because we understand that in the context of the investor value chain, portfolio investors are a material and important part of it and if we don’t get the right messaging to portfolio investors, who send the right signal to the investing community, you will not achieve the target that you want to.

“The initiative we are working on is still very much in the early days and it is still difficult to talk the details. Our work in this regard is more of advocacy, the same manner we advocated for the I & E window.

“My point is that the NIPC is interested in seeing forex rates that would see more investments come to Nigeria, in line with what the government has indicated it wants to do.

Robertson stated that industrialisation would be required to achieve this in the long-term, by pushing Gross Domestic Product growth up to 7-11 per cent annually.

In the short to medium term, he said oil prices rising above $100/bbl could achieve the same goal.

According to him, “Without either, GDP may rise from two to four per cent over Buhari’s second term. Industrialisation is not possible without raising the adult literacy rate from 60 per cent in 2015, to 70 per cent (perhaps in 2024?).

“Nigeria needs to more than double electricity consumption from the national grid, and double the investment share of GDP.”

According to the economist, to raise investment, Nigeria needs to attract, rather than deter foreign direct investment, raise taxes to reduce borrowing, improve the Ease of Doing Business, and shift spending from consumption (wages, the implicit fuel subsidy) to investment.

He advised the CBN to unify its official exchange rates, gently cut interest rates and allow the currency to depreciate to offset inflation differentials with trading partners.

He added: “We think these policies could help lift growth to the upper end of the 2-4 per cent GDP growth range noted above. We think other markets in West Africa are likely to industrialise first (Ghana) or see a strong rise in private sector debt/GDP ratios (Ivory Coast, Senegal). 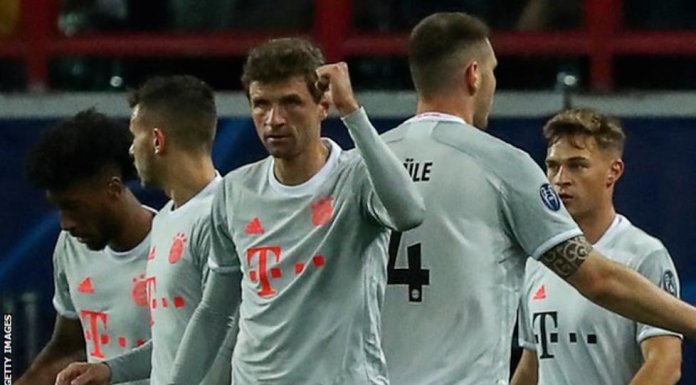