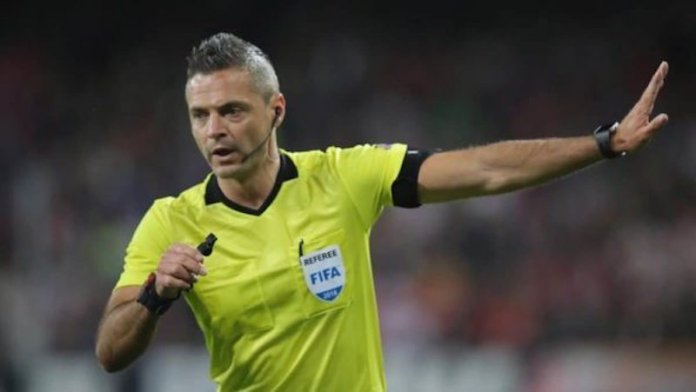 The 42-year-old awarded Manchester United a controversial late penalty in their last-16 victory over Paris St-Germain in March.

PSG forward Neymar was later given a three-match ban after he called the decision “a disgrace” on social media.

The Champions League final takes place at Estadio Metropolitano in Madrid on Saturday, 1 June at 20:00 BST.

Skomina was in charge when United beat Ajax in the 2017 Europa League final as well as the Uefa Super Cup match between Chelsea and Atletico Madrid five years earlier.

He was fourth official at the 2013 Champions League final between Borussia Dortmund and Bayern Munich and has been referee in four of the competition’s matches this season, including Liverpool’s 1-0 win over Napoli which secured a place in the knockout stage.

He will be assisted in the final by his compatriots Jure Praprotnik and Robert Vukan. The fourth official will be Antonio Mateu Lahoz from Spain.

The video assistant referee role has been assigned to Danny Makkelie from the Netherlands, who will be supported by countryman Pol van Boekel, plus German officials Felix Zwayer, and Mark Borsch.

Italian referee Gianluca Rocchi will take charge of Europa League final between Chelsea and Arsenal in Baku on 29 May.