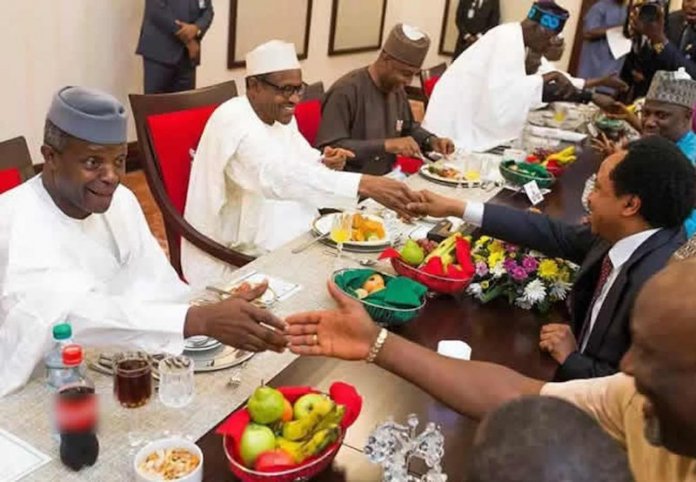 Nseobong Okon-Ekong writes that as the current political season draws to a close in a few weeks, the uniqueness of some serious players in the polity cannot be ignored

Fighting, possibly, the biggest war of his political career, in the 2019 national elections, President Muhammadu Buhari was flustered in many instances by the main opposition party, the Peoples Democratic Party. Though the Independent National Electoral Commission declared him winner of the February 23 presidential election, the heat is still on him.

More than ever before, the name of the former Vice President, Atiku Abubakar has become better known. Most opponents of the Federal Government were drawn to Abubakar as the symbol of the ideal leader they desire. He carried the aspiration of the opposition, as a key figure in the 2019 national elections. Abubakar led the charge to triumph over the ruling All Progressives Congress (APC), the Presidential candidate of the main opposition Peoples Democratic Party (PDP). It is to Abubakar’s credit that the presidential race provided all the anticipation of a keen contest that ended in a photo finish.

Against predictions, the National Chairman of the main opposition Peoples Democratic Party (PDP) Prince Uche Secondus turned around the fortune of the party when no one gave him chance of succeeding, having been part of the old order believed to have ruined the party. His open door policy brought many PDP members back to the fold including three state Governors of Sokoto, Benue and Kwara as well the Senate President and the Speaker of the House of Representatives. To his credit, Secondus supervised a widely acclaimed transparent presidential primary. His party defeated four seating APC governors, in Imo, Buachi, Oyo and Adamawa states to increase the party’s strength.

If ever there was a man who played the part, Dr. Peter Obi, former Governor of Anambra State fit the bill. Arguably, the choice of Obi as his presidential running mate, was one of the best decisions made by Abubakar. Providing rare insights that stimulated debates, Obi brought an intellectual dimension to political campaign, particularly in matters of the economy. His electoral performance in the Presidential campaign in state of Anambra in particular and South East in general set him out as the most likely political leader of the geo political zone.

What Alhaji Yahaya of the APC did in Gombe state is akin to what Bala Mohammad did in neighbouring Bauchi State.

After his defeat in the 2015 gubernatorial election in Gombe by the incumbent PDP Governor Ibrahim Dankwambo, he continued oiling his machinery to return four years later to crush the ruling PDP in the state.

Victory in the 2019 governorship election in Gombe State stood him out as an outstanding politician. Yahaya’s success shows that the people of Gombe are possessed with astute political awareness.

Increasingly, Governor Nyesom Wike of Rivers State is acquiring the reputation of an enigma. It is not easy to overlook his doggedness in the face of daunting opposition. Wike’s is imbued with an uncanny boldness that confounds his opponents.

For leading the victorious party in Akwa Ibom State, that many had calculated will be taken by the APC, Governor Udom Emmanuel has written his name in gold. This feat qualifies his as one of the leading electoral icon in this dispensation.

He is not new to national politics having been the Deputy Speaker of the House of Representatives. Hon. Emeka Ihedioha’s victory in the 2019 Imo State governorship race has increased his conspicuousness. Ihedioha brought down an incumbent APC administration.

Another Nigerian politician with nine lives is Governor Aminu Tambuwal of Sokoto state. He had in the last dispensation rebelled against his party and emerged as Speaker of the House of Representatives from where he left to become governor under APC.

After returning to the PDP, he contested the party’s presidential ticket which he lost to the eventual winner Atiku. He returned to pick his gubernatorial ticket and met huge obstacle in his godfather, Senator Aliyu Wamakko but was able to crush him to retain his position for a second term.

Irrefutably, the biggest political upset in the 2019 national elections took place in Kwara State. Governor-elect Abdulrahmsn Abdulrazaq is on record to have done what every political watcher thought was impossible. He brutally dethroned the Saraki dynasty that has ruled the state for a long time. He not only defeated an incumbent PDP administration but ensured that the heir to the Saraki hegemony, Bukola Saraki, a seating Senate President did not retain his position as a senator.

Mallam Bala Mohammad was known nationally having been the Federal Capital Minister during the reign of President Goodluck Jonathan but nobody gave him chance of dethroning a seating governor in Buachi state.

His name rings a bell in Adamawa State. As Speaker of the Adamawa state House of Assembly he meandered his way during the impeachment crisis in the state to emerge as Acting Governor. It was that brief period that laid his foundation for a political breakthrough. As he showed interest in the position and got the ticket of the PDP, he was able to dethrone an incumbent governor.

This Senator-elect introduces himself as the man who defeated Senator Godswill Akpabio and that says a lot for his new status. As a former Deputy Governor in Akwa Ibom state, Chris Ekpenyong was not neophyte in the state politics. In the February 23 National Assembly elections, Ekpenyong’s political career took a new shine when defeated Akpabio.

Governor Sam Ortom of Benue State has the herdsmen menace in his state to thank for his political turn around. He was among the lowly rated governors in performance and was slated for defeat. But he turned himself into a warrior in the defense of his people against the herdsmen attack. That turned the table in his favour. He switched political party loyalty from the APC to the opposition PDP, got its ticket and retained his position for a second term.

Watchers of the political scene in Oyo state politics are in agreement that the victory of PDP’s Seyi Makinde in the state gubernatorial contest defeating incumbent APC was largely due to his popularity. Makinde certainly must have political antecedents that endeared him to his people so much that they had to throw away the APC government in the state for him.

Call him rebel with a mission or notorious political figure, Senator Dino Melaye is one political personality you cannot ignore in this dispensation. It is intriguing how he manages to survive many battles from both the federal and Kogi state governments. Against all odds, he emerged victorious, returning again to represent his people as a Senator. The witty dimension he has brought to politics cannot be ignored.

It is difficult to overlook the presence of Senator Shehu Sani of Kaduna State in the current dispensation. His insightful contributions stands him out. His unbiased report that nailed the former Secretary to the Government of the Federation David Babachir in the grass cutting scam was courageous and fearless.