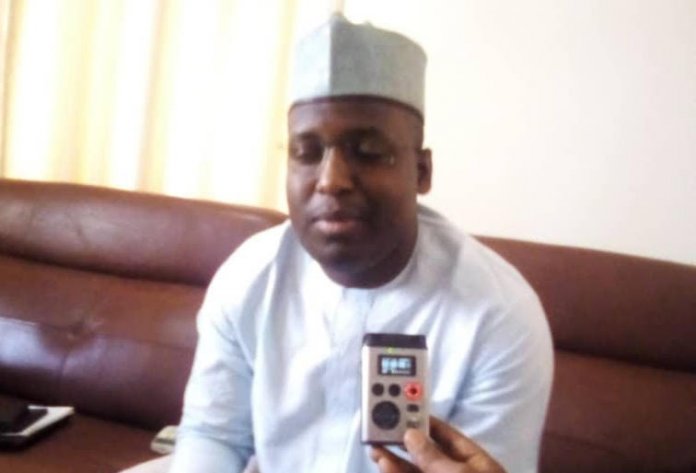 Segun Awofadeji in Bauchi
The Nura Manu Soro foundation belonging to a philanthropist and businessman in Bauchi state, Alhaji Nura Manu, has announced that it has earmarked the sum of N100 million for payment of scholarship and other education intervention programmes to assist  orphans and other less privileged students in basic education and tertiary institutions in the state.
Chairman of the foundation, Alhaji Nura Manu, announced this on Sunday while presenting an Ahmadu Bello University (ABU) Zaria 2017 graduate, Abdulwahab Munir Aliyu, who was supported by him five years ago with the payment for JAMB form. Aliyu emerged best law graduating student.
Manu explained that the scholarship which was purely for tuition fees was meant for students that secured admission into tertiary institutions but cannot pay registration fees.
He said the foundation would liaise with institutions through a local committee that would identify and verify applications of genuine people who could not afford payment of tuition fees.
According to him, “Both applications, selections and verification will be carried out through a local committee. At the tertiary level, it includes students, religious leaders and a representative from students affairs office. While at the basic education level, it is made up of headmaster, PTA chairman and the child’s parent”.
He added that “further verification is to be carried out at the foundation secretariat. The foundation is purely cashless and makes payments directly to schools accounts and not individuals”, he said.
The foundation chairman who stated that his decision to come up with the intervention was in consideration of the decay and absolute neglect of the education sector added that the foundation was open for partnership and further funding from government and private individuals.
He said the foundation was equipped with competent professionals with track records from the education world and are expected to handle the continuous implementation of the framework to meet the goals, values and aspirations of the foundation.
Speaking in an interview with newsmen shortly after the launch of the Foundation, the Ahmadu Bello Uuiversity best graduating Law student, Abdulwahab Munir Aliyu, said the help rendered to him by Manu Soro was the stepping stone that led to his success in the university.
Also, President, National Union of Bauchi State Students, Ibrahim Hashim Abdullahi, commended Soro for his vision to help the education of the less-privileged in the society.