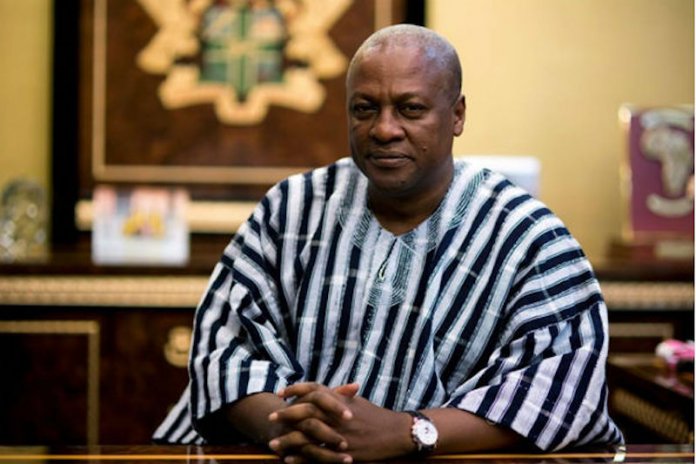 Countries in Africa that have adopted Information Technology (IT) in their electoral processes now have to deal with a new challenge, systems hacking, which now threatens the practice of democracy in the continent, a former President of Ghana, Mr. John Mahama, has said.

Mahama’s disclosure came at a time Nigeria’s 2019 presidential election is blemished with claims of alleged hacking of the electoral commission’s IT system by both leading parties in the election – the opposition Peoples Democratic Party (PDP) and ruling All Progressives Congress (APC).

Mahama, who was the President of Ghana from 2012 to 2017, and now the presidential candidate of Ghana’s National Democratic Congress (NDC) for the 2020 presidential election, said at the Saïd Business School in the University of Oxford that hacking of IT-based electoral systems in Africa is real.

The former president delivered a lecture and equally answered questions on democracy and elections in Africa at the weekend.

The session was organised by the African Studies Centre (ASC) and Oxford Africa Business Alliance.

The Director of ASC, Prof. Wale Adebanwi, moderated the session.

Mahama said that stakeholders and political players in the continent recently met at the Obasanjo Presidential Library in Ogun State where the realities of electoral hacking was revealed to them with the Economic Community of West African States (ECOWAS) subsequently opting to take up the challenge.

According to him, ethnic bigotry and rising insecurity were threats to democracy in the continent but, “other areas of challenges in electoral systems exist and we need to look at that.”

“The increased use of IT in elections has become topical. The use of IT in results cancellations and the possibilities of hacking have created new fears about the manipulation of results. Examples of this can be found in the recent elections in Ghana, Kenya and Sierra Leone,” Mahama, explained.

He noted: “During the last presidential election in Ghana, the electoral commission directed its staff to stop using the electronic transmission system to communicate results to the tallying centre because the system had been compromised.

“The results had to therefore be tallied manually, leading to attendant tensions and delay of announcements of the final results. I am not aware the electoral commission had carried out any investigation into what compromised their electoral system, and even if they have, we the stakeholders have not been briefed.

“We huddled recently in Abeokuta at the Obasanjo Presidential Library with political leaders, electoral officers, IT experts and of course, hackers, to discuss the use of IT systems in elections and how to avoid electoral disputes arising out of their use. Happily, I am pleased to announce that ECOWAS has taken up the challenge from then and accepted to organise an in-depth discussion with all stakeholders in West Africa on the use of IT in elections.

“They showed how IT systems could be compromised. But it is real. They are able to hack into a system and bring it down and bring out whatever they wanted. It was eye opening and President Obasanjo spoke to the ECOWAS.”

He said further: “Activities of specialised organisations offering election manipulation services have become commonplace in Africa too. As new media overtakes the traditional mainstream media as the main source of choice for information that influences voters’ decisions, the role of such organisations is going to become even more crucial.”

Emphasising that democracy must go hand-in-hand with empowering local communities and people, Mahama stated that the spread of terrorism may undermine Africa’s democracy. “Democracy cannot thrive in insecurity,” he added.

On how much of impact democratic governance has had on African countries, Mahama, noted that there was still a lot of ground to be covered on this because according to him, democracy in the continent was still fragile, with many vulnerable groups losing out, while citizens increasingly question the need to participate in elections if their lives are not impacted.