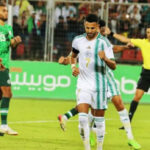 Kwara State Governor-elect AbdulRahman AbdulRazaq on Monday announced the names of the inauguration committee for the May 29 swearing-in ceremony of the new APC administration in the state.

The committee’s chairman is Senator Suleiman Ajadi, a prominent politician from the Kwara South senatorial district, according to a statement by AbdulRazaq’s media aide, Rafiu Ajakaye.

Umar Jimada Pategi, a retired frontline civil servant and politician from Kwara North, will serve as the committee’s secretary.

In appreciation of the nature of his popular mandate, the list also included the chairman of the Association of Political Parties in Kwara State Abdul Mumini Onagun; members of the Christian Association of Nigeria (CAN); various Muslim associations; and representatives of non-indigenes’ associations like Hausa, Igbo, Igala and other similar interests in Kwara.

The statement said the inauguration committee has six subcommittees which include finance, events and ceremony, and logistics. Others are media & publicity, protocols, and security subcommittees.

It said members of the events and ceremony committee will be further allocated to specific event subcommittees, such as inauguration ceremony, inauguration banquet dinner, Inaugural Lecture, Jum’ah Service, and Interdenominational Church Service.

The Governor-elect explained that the landslide victory of the APC in all the elections in the state shows that the incoming administration enjoys the massive support of the people.

He said the overwhelming support explains the all-inclusive nature of the inauguration committee.

The Governor-elect, meanwhile, has inaugurated the committee’s chairman, with a charge to all the members to justify the confidence reposed in them by ensuring a hitch-free, peaceful and memorable swearing-in ceremony that will make all Kwarans proud.

The inaugural meeting of the committee is slated for Tuesday the 14th of May, at the Kwara State Banquet Hall at 11 a.m.