The Nigerian Communications Commission (NCC) has said it is stepping up its fight against cybercrimes in the country.

The commission said many people have lost their lives, monies, personal identity and privacy through cybercrime which was responsible for its decision to stem the tide.

The Director, Consumer Affairs Bureau of the commission, Mrs. Felicia Onwuegbuchulam, disclosed this in Abakaliki, the Ebonyi State capital, during the 105th edition of the consumer outreach programme of the commission with the theme “Mitigating Effects of Cybercrimes: The Role of Telecom Consumers.”

She explained that the commission was partnering with security agencies, the National Security Adviser and other relevant stakeholders to tackle the menace.

Onwuegbuchulam said: “Cybercrime gives big concern to the commission. People lose their money, their personal identity, their privacies and in the process, they are either duped or even
harmed or killed.

“The war against cybercrime may not have been won but we are doing everything humanly possible to stem the tide, it is an ongoing thing. As they are coming up, you are dressing them and new ones are coming up.

“The greatest achievement in this fight is empowering the consumers to understand that these problems exist; what they are, what they supposed to do, how they can mitigate it when it occurs. We are putting in place technology that will also address the issue on the technical side.

On his part, the Deputy Director, Consumer Affairs Bureau of the commission, Alhaji Ismail Adedigba, said the commission has initiated a process to establish an Internet Industry Code of Practice for internet providers in the country as a result of unprecedented increase in the usage of Internet-based solutions and services.

“The Internet Code is a regulatory intervention expected to secure the country’s cyber space against imminent threats from cyber attackers as well as addressing issues such as online child protection, privacy and data protection among others,” he said. 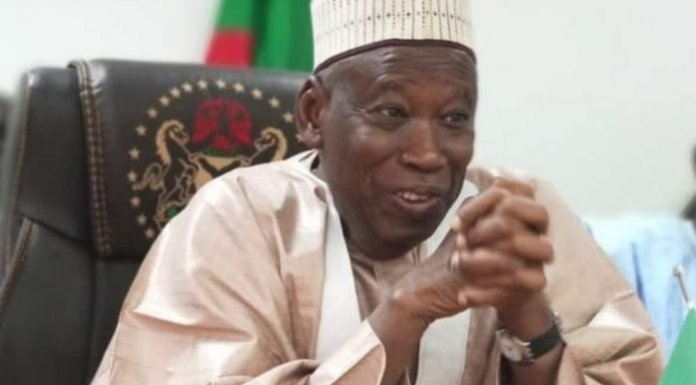 We Will Send Wike to Isolation Centre, Says Ganduje

FIVE LESSONS FROM THE COVID-19 BATTLE