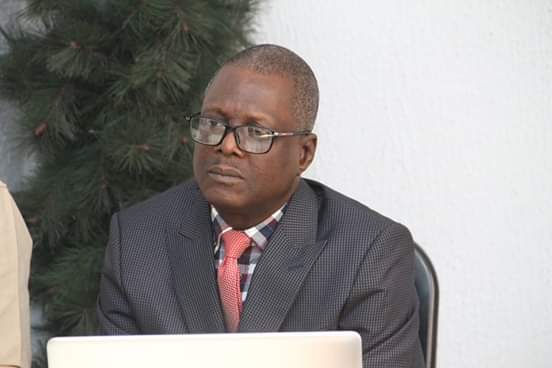 Seriki Adinoyi discusses with Jos-based lawyer, Haroun Harry Audu, the directive from the Nigerian Financial Intelligence Unit to stop the convention of remitting monies meant for local governments into a joint state and local government account

What’s your opinion about this new policy of the Federal Government on local governments now getting their allocations directly from source without passing through the state governors like it has always been?

It is a necessary correction and a necessary development for our democracy most importantly because of the provision of the constitution of the Federal Republic of Nigeria as amended.

In my honest opinion, there has been a constitutional anomaly where in 1999 they created the joint local government account supervised by the governors. That was a total shortchanging of the local governments in terms of funds that were supposed to go to them directly.

So, what has happened by this policy, which we understand is at the instance of the National Financial Intelligence Unit, is to restore the constitutional sanity that should ordinarily apply to the local government, that is, to take their resources meant for them.

It’s a fantastic policy that we want to see actually coming to be. I say this because there are many of such policies in the past, but whether they have been executed to the letter is a different story all together. And we do have a history as a people of making huge pronouncements. We are long on talk and short on carrying them out.

But as a Lawyer, you know that it is not spelt out in the constitution that the funds should go directly to the local governments.

The provision of the 1999 Constitution, Section 162(6), requires each State to maintain “a special account to be called State Joint Local Government Account, into which shall be paid all allocation to the Local Government Council…”

Despite the constitutional provision, the serial allegations of state governments meddling with local government funds and thereby undermining their financial autonomy cannot be ignored because these are facts of our existence.

Do you see the Governors going to court o this?

Honestly, I don’t see the governors going to court on this, because they too know how wrong it has been.