Having declined by 1.7 per cent the previous week, sell pressures in market bellwethers led to a further decline, making the Nigerian Stock Exchange (NSE) All-Share Index to close lower by 1.25 per cent at 28,847.81, while market capitalisation shed N136 billion to be at N10.842 trillion.

However, the continued negative sentiments has driven down the prices of most stocks to their one-year low, while the year-to-date decline of the market worsened to 8.2 per cent.

The bearish market in the five trading days, opened with a decline of 0.05 per cent on Monday. Sell pressures on Dangote Cement Plc, Zenith Bank Plc, Access Bank Plc and GTBank Plc drove the  index 104 per cent lower on Tuesday, Wednesday and Thursday. Decline in share prices of Seplat United Bank for Africa Plc pushed the loss on Friday, leading the market to close the week a total decline of 1.25 per cent.

A further analysis of the market performance for the week, showed the five major sectoral indicators tracked, declined led by the NSE Oil & Gas Index with a loss of 5.3 per cent.

The NSE Banking Index followed with a decline of  2.8 per cent, while  the NSE Insurance Plc shed  1.7 per cent. The NSE Industrial Goods Index went down by 0.8 per cent, just as the NSE Consumer Goods Index closed 0.2 per cent lower.

Apart from Nigerian market, three others in Africa traded bearishly in the week under review. In fact, the  Egypt EGX30 led decliners, recording a  depreciation of  5.5 per cent, while   Kenya NSE 20  and Ghana’s GSE Composite shed 0.6 per cent and 0.3 per cent respectively.

On the positive side, Morocco’s Casablanca MASI led gainers, with a gain of 0.7 per cent,  following the  collaboration between Morocco and Spain to promote a common migration policy within the framework of the European Union (EU).  The Mauritius SEMDEX index trailed with a gain of 0.1 per cent.

Across the BRICS market, performance was equally bearish as all the markets closed in the red. The China Shanghai Composite suffered the highest decline of 4.5 per cent due to  new tariffs on Chinese exports to the United States. Similarly, South Africa’s FTSE/JSE All Share fell 4.1 per cent, just as India’s BSE Sens Index lost 3.9 per cent. The Russia RTS and Brazil Ibovespa went down by 2.8 per cent and 2.4 per cent respectively.

A look at the markets in Asia and the Middle East, indicates that all of them posted gains. The Turkey’s BIST 100 recorded the highest gain of 6.2 per cent, followed by Saudi Arabia’s Tadawul ASI  that gained  5.4 per cent.

The heightened trade tensions between U.S and China affected the performance of developed markets, which led to a bearish across board. Despite ongoing trade talks since December 2018, the U.S. imposed trade tariffs on $200 billion worth of Chinese goods.  The tariffs on more than 5,700 goods were increased from 10 per cent to 25 per cent.

According to analysts at Afrinvest (West Africa), this is an attempt by the U.S to extract further trade concessions from China, suggesting that the possibility of a breakthrough is unlikely in the near-term.

“Unsurprisingly, China has announced intentions to retaliate. We note that the breakdown in trade talks means that the uncertainty created by the trade war would persist, with implications for global growth and financial market performance. Hence, we expect monetary conditions to remain accommodative in advanced economies, supporting continuous capital inflows into emerging and frontier economies,” Afrinvest said.

But the Financial Services Industry led the activity chart with 919.604 million shares valued at N7.544 billion traded in 11,975 deals, thereby contributing 62.3 per cent and 69.4 per cent to the total equity turnover volume and value respectively.

A total of 97,154 units of Exchange Traded Products (ETPs) valued at N1.318 million executed in two deals compared with a total of 1.190 million units valued at N10.967 million transacted the preceding week in 12 deals.

Meanwhile, only 18 equities appreciated in price during the week, lower than 32 in the previous week, while 49 equities depreciated in price, higher than 44 equities of the previous week. Beta Glass Plc led the price gainers with 23.1 per cent, trailed by Courteville Business Solutions Plc with 13.6 per cent. NEM Insurance Plc garnered 13.1 per cent while Regency Assurance Plc appreciated by 8.7 per cent. Sovereign Trust Insurance Plc and Stanbic IBTC Holdings Plc 8.7 per cent and 5.7 per cent respectively.

Conversely, Goldlink Insurance Plc led the price losers with  36.1 per cent followed by Japaul Oil & Maritime Services Plc  with 33.3 per cent. Neimeth International Pharmaceuticals Plc followed with a decline of 25.3 per cent. Caverton Offshore Support Group Plc and Ikeja Hotel Plc shed 18 per cent and 17.1 per cent.   Julius Berger Nigeria Plc and A.G Leventis Nigeria Plc went down by 14.6 per cent and 14.2 per cent respectively. 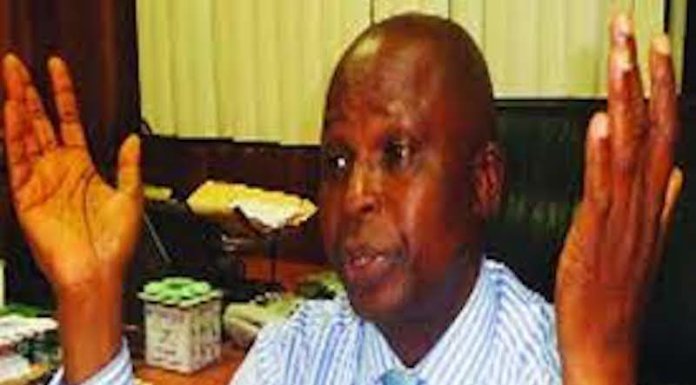