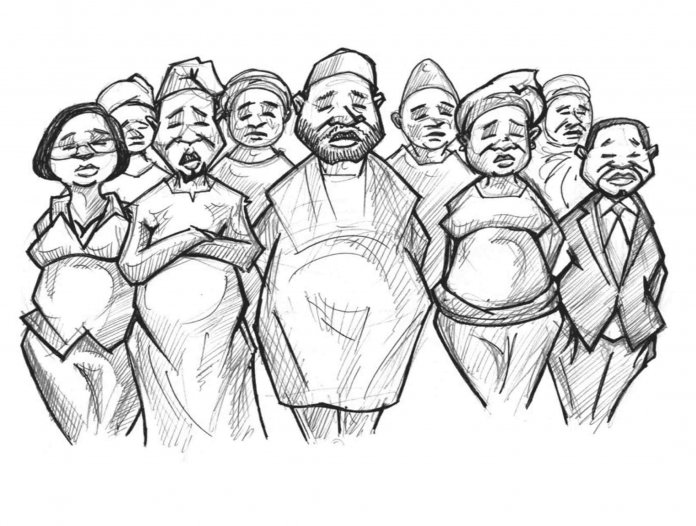 Based on the latest United Nations estimates, Nigeria’s population growth is frightening. Between October last year and now, the population has ballooned from 195.9 million to 201million, an increase of 5.1 million. At the present rate of growth, the country’s population is expected to double by 2050, thus becoming the third most populous country in the world after China and India.

For many countries, huge population symbolises strength. China and India, for instance, have put their huge populations to great advantage. At the last count, China is the world’s second largest economy and indeed on the verge of overtaking that of the United States of America. But this did not come without planning. China, the number one exporter of goods, until recently kept its population at bay with its one-child per couple policy while the Indian state encourages some form of family planning. India is coming up strong as a leading manufacturing country, a technological-savvy nation and a destination for medical tourism.

Nigeria’s problem, therefore, is not its growing population. Indeed, Nigeria’s young population could be of great demographic advantage if the policymakers can design appropriate policies. Rather, it is the lack of a productive one and a failure to plan for the large population. The United Nations Population Fund (UNFPA) report stated that the average number of births per woman in Nigeria stood at five, doubling the global average of 2.5 in 2019, adding that contraceptive prevalence rate among Nigerian women aged between 15 and 49 is only 19 per cent. Millions of women have no access to effective family planning methods for reasons ranging from lack of contraceptives to ignorance and religious beliefs.

A combination of sustained negative economic growth and an uncontrolled demographic bulge has put the country in a very difficult and potentially explosive situation. Nigeria, the seventh most populous country in the world, has a fertility rate that far outstrips its economic growth. But as the population continues to rise amid decaying infrastructure and social services, there are no policy measures to address the demographic danger. It is a simple economic fact that population growth that is not matched with commensurate development in the socio-economic sector and education for the citizenry can only breed chaos.

The Central Bank of Nigeria (CBN) director of Monetary Policy, Dr. Moses Tule said recently that Nigeria’s population had become a liability and would remain so unless it expands its economic base by stimulating the economy and producing the needed goods and services to sustain it. Figures available paint a dire situation of millions of Nigerian youths roaming the streets looking for work but finding none. The situation is compounded by the prevailing economic condition that has necessitated a situation in which rather than hire, many private enterprises now fire their staff in the name of rationalisation.

The danger of such a high level of idleness among millions of young persons is already manifesting in the high level of crimes in virtually every corner of the country. Whereas the multitude of violent outbursts might have religious and ethnic colorations and undertones, it is a notorious fact that most of the people in the fields and trenches are youths who if otherwise meaningfully engaged would have been unavailable for those anti-social endeavours. Joblessness and frustrations are evidently fuelling the frequent cases of unrest across the country.

Nigeria must thus sit up to address the growing population problem. First, we must do a credible head count, stripped of politics to stop the dependence on international agencies for “estimated” figures. Accurate head count will aid planning. Nigerians also need to be reminded that a sustainable society is the one with moderate population growth that enables its members to achieve a good quality of life.