The decision by President Muhammadu Buhari to renew the appointment of Godwin Emefiele as Governor of the Central Bank of Nigeria has elicited excitement among analysts and stakeholders, who believe his comeback is a good omen for the economy, report Kunle Aderinokun and Bamidele Famoofo

That move by the president has put an end to speculations that Emefiele might not get a second term in office.

Following the announcement, reactions have continued to pour in from economic analysts and market watchers, who believed Emefiele’s return will augur well for the economy.

A renowned economist and Chief Consultant at B. Adedipe Associates Limited (BAA Consult) , Dr. Biodun Adedipe, told THISDAY Emefiele had done well as CBN governor in the last five years, and especially so during the Buhari years 2015 to 2019.

“That period saw Nigeria in the combined troubles of economic recession, currency crisis and dipped government revenue, on the back of weak manufacturing and low productivity agriculture. During this period, the CBN effectively played both monetary and fiscal developmental roles, and the economy is the better for it. Recovery from recession and macroeconomic stability that we can now build on.

“Reappointment of Emefiele points to policy sustenance, especially on exchange rate, interest rate and other key planks to monetary policy. In particular, his position that the Naira should not be devalued based on evidence of counterproductive outcomes of past devaluations is likely to be sustained. This possibly could have been different with a new person in that office who would have pandered to the typical policy cocktail of the Breton Wood institutions,” he said.

Adedipe believes, Emefiele’s reappointment is good for the economy. “The systematic sectoral interventions that he initiated would be continued and this should eventually change the narrative of the Nigerian economy. That is the way to increase the speed of an economy that has been growing in the last two years but not fast enough.”

“In my candid assessment, the CBN under Emefiele has been independent, whether in terms of policy, instruments or spending. Seeing the rationale for and the fact that most of the policies of the apex bank are driven by evidence-based research, I see an increasingly independent Central Bank under a reappointed Emefiele,” the economist also said.

Similarly, Director, Union Capital Market Limited, Mr. Egie Akpata, who also spoke with THISDAY pointed out that the re-appointment of Emefiele was on balance and good for the economy. According to him, it suggests a measure of continuity, stability and predictability of monetary policy over the next five years. “That allows various sectors of the economy to plan for the long term. It is certainly good for the exchange rate as the CBN seems to have found a formula that has resulted in a stable Naira for the past few years. Drop in bond yields since the re-appointment appointment suggests that foreign investors in FGN securities are in support of this choice.”

On CBN’s independence, Akpata stated: “ I am not sure that the CBN has ever been 100 per independent in the past few decades. However, the CBN has been relatively independent of recent. The CBN was able to refuse requests by the Executive to drop interest rates when the MPC felt it would not be good for inflation even though it would reduce the FGN cost of servicing its debts.”

Khan, however, added that “as the Buhari administration looks to deliver faster growth in a second term, growth-enhancing reforms will be needed. It is unclear whether tight monetary policy in its current form can persist.”

“Moreover, while the CBN has engaged in subsidised lending schemes to specific strategic sectors, Nigeria’s economy is in need of a much more holistic, broad-based lending recovery. Unless aggregate private sector credit recovers, it is unclear that Nigeria will be able to achieve accelerated growth. Important policy trade-offs may be required.

“Given its low levels of savings, Nigeria will still be reliant on foreign inflows to support investment. Creating the conditions for sustained confidence and increased long-term direct investment will be important,” she also said.

An elated Lagos-based economist, Dr. Boniface Chizea, told THISDAY that, “For me and the very people in the know, it has been celebration time on the tenure extension of the governor. I could not keep tab of the calls l received from friends to congratulate me as they appreciate the fact that l have been consistently at the governor’s corner over this period.”

The re-appointment of Emefiele is epochal because the last time any governor of the Central Bank of Nigeria got a second chance to serve was 20 years ago. The door of second tenure was shut in 1999 after Governor Abdulkadir Ahmed left the seat for Governor Joseph Sanusi, who only enjoyed one term in office.

The elites at Ikoyi Club 1938, who said the coming back of Emefiele was not a mean feat, celebrated the decision of the president to retain one of their own last Friday. “What has just transpired is no mean feat. To put it in context, none of the last three CBN governors enjoyed the privilege of a second term. And this is for a governor, who was not in the first place appointed by President Buhari,” a member of the prestigious Club told THISDAY.

All odds were against Emefiele in 2016 when the economy of Nigeria slipped into recession, the first of its kind after 25 years. There were speculations that Emefiele would be sacked as the economy was further threatened by the softness of the oil market and the delay in taking off by the president which exacerbated sovereign risk as particularly portfolio investors took flight for safety.

“This governor, l can testify, went through a most trying period. He was called unprintable names by those who knew next to nothing about the matter in hand. And the mainstream media latched on the worsening sentiments as it bayed for blood calling for the governor to be sacked. But the God we serve is very faithful. And today the narrative has changed unbelievably for Governor Emefiele to merit a second term,” said Chizea.

Other economic analysts also believe that the coming back of the CBN governor will ensure stability in monetary policy as the nation would build and consolidate on the gains recorded on the performance of Emefiele in the last five years.

Under Emefiele’s leadership, the CBN has recorded many feats, notably attributed to his uncanny ability to think outside the box when faced with the most difficult situation.

At a time when Nigeria was at a crossroads, Emefiele as the CBN governor, proved its mettle. He drove the apex bank to rise to the occasion to bring the economy out of crisis and forestalled another one. For instance, he held forth on the economy, when there was a lacuna on the fiscal side, as a result of president’s delay in the appointment of his ministers, particularly the finance minister, for six months.

It was to his credit that the apex bank defied the odds and barred importers of certain 41 items from accessing foreign exchange from the interbank market, which helped to avoid depletion of the foreign reserves. The 41 items were later increased to 43.

The CBN, had on June 23, 2015, in a circular signed by its Director, Trade and Exchange Department, Mr. Olakanmi Gbadamosi, explained that, “In the continuing effort to sustain the stability of the forex market and ensure the efficient utilisation of forex and the derivation of optimum benefits from goods and services imported into the country, it has become imperative to exclude importers of some goods and services from accessing foreign exchange at the Nigerian foreign exchange market to encourage local production of these items. According to the apex bank, the implementation of the policy will help conserve forex reserves as well as facilitate the resuscitation of domestic industries and improve employment generation.

“For the avoidance of doubt, these items are not banned, thus importers desirous of importing these items shall do so using their own funds without any recourse to the Nigerian forex market,” it added.

This bold step by the CBN later turned out to be the saving grace for the economy as it helped in bolstering the economy during the recession it entered into in 2016, and gave it the fillip to exit same. Emefiele sometime last year said the bank’s restriction of foreign exchange access to 41 import items in 2015 was in national interest as it helped to save the economy from collapse. 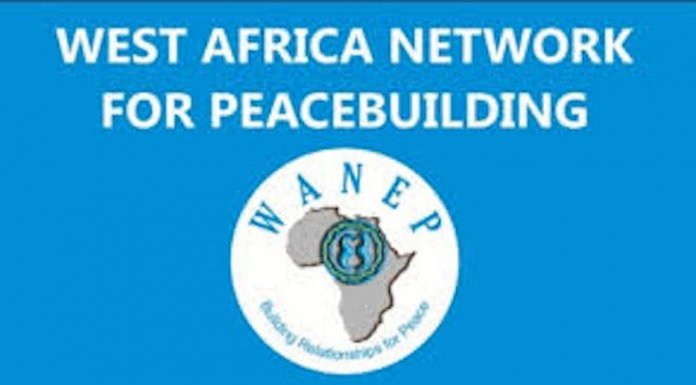